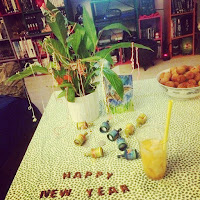 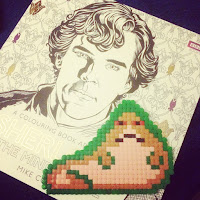 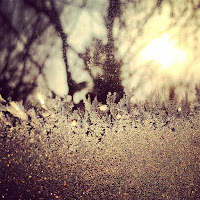 ~ The New Year started out very chillaxed. It was just the two of us watching the british quiz show The Big Fat Quiz of 2015 and turning in at 2am.
~ I was so excited for the new Sherlock Episode that aired on New Years Day and it didn't disappoint! I especially liked that most of it was in Sherlock's head, so the fat Mycroft is how Sherlock thinks of his brother, hence the Jabba in the picture ;)
~ Cold Winter Windows 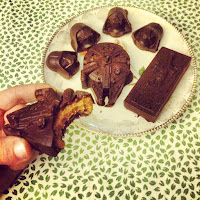 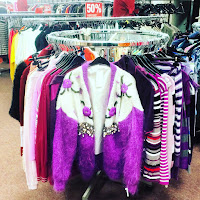 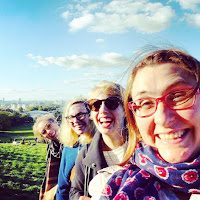 ~ Yummy homemade Star Wars peanut butter cups <3
~ Almost bought this beautiful/ugly vintage cardigan at the thrift store, but it was a little too expensive,
~ I love thinking back on our girl's vacation to London from last September, good times! 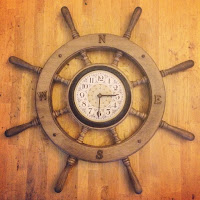 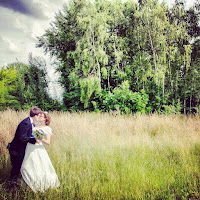 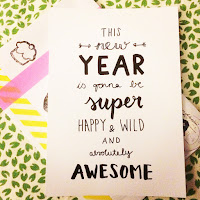 ~ Found this wonderful ship's steering wheel clock at the fleamarket for a friend's nursery. Congratulations, it's a sailor!
~ David Bowie sadly passed away this month and it made me think of our wedding, because "Let's Dance" was part of our first dance as a married couple.
~ The lovely Lu from Luloveshandmade sent me a beautiful New Years card <3 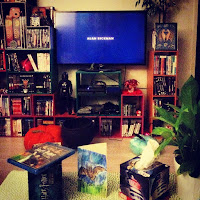 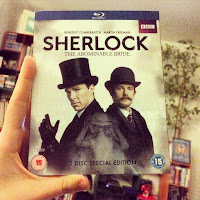 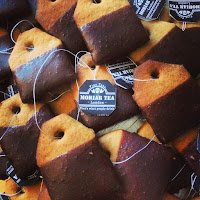 ~ I was so sad to hear that Alan Rickman passed away as well, he was one of my favorite british actors! I had to watch the last Harry Potter movie on the same day to properly say Good Bye to him.
~ The good thing about british tv shows is that they go straight to DVD/Blu Ray after airing, so we got to see the Sherlock Special again in HD right away.
~ I invited a couple of friends for this occasion and made these Moriar-Tea teabag cookies. 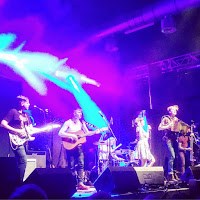 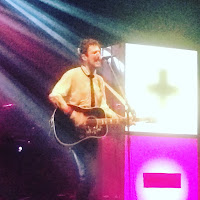 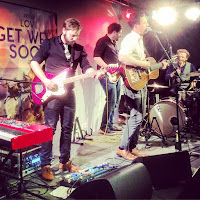 ~ The first concert of 2016 was the Frank Turner concert at Huxleys. This was also the first time in forever that I saw an opening act at a concert. And they were really good! Maybe I should go see opening bands more often... 5/5 Bazooka Points for Skinny Lister for rocking the stage before FT.
~ This was my first Frank Turner concert and I was with some very enthusiastic fans. I definitely know now what all the fuss is about, because that man is a machine on stage. So much fun! 5/5 Bazooka Points for a show I didn't want to end!
~ The other concert I went to was a special showcase of Get Well Soon at Dussmann, the "culture department store". 4/5 Bazooka Points for a very nice, but also very short show. We stood in line longer than the show was. 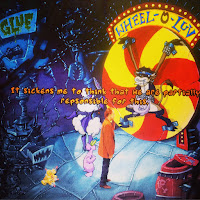 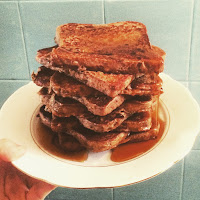 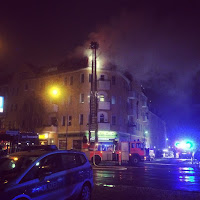 ~ I rediscovered one of my favorite games from my childhood: Toonstruck! It's so kooky and funny, I love it! The bad thing is that I still know it almost by heart and so it took me only two days to play all the way through...
~ Vegan french toast love <3
~ So scary! The top floor of one of the building across our street was on fire. There were so many firemen and police, I hope everyone was okay. 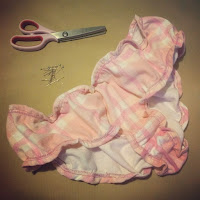 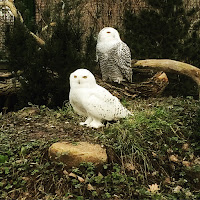 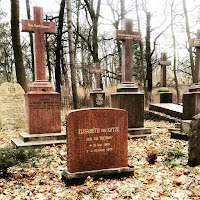 ~ Made my first pair of underwear! So proud of myself, the sewing was really quick and easy, but making the pattern took ages. But now that I have it I can make a bunch!
~ Went to the Berlin Zoo (Tierpark Friedrichsfelde) for free, because the city of Berlin was thanking all the citizens for helping out in any way with the refugees. Of course there were many people who probably didn't even donate a stinking sock, but great cause anyways!
~ I never knew there was a cemetary at the zoo! We were expecting a pet cemetary, but it was the cemetary of a royal family from Berlin. One of the distant relatives name was von Kotze which means von Vomit :P
at 2:02 PM