The Hitchhiker's Guide to the Galaxy ~ Upcycled Towel Bag DIY 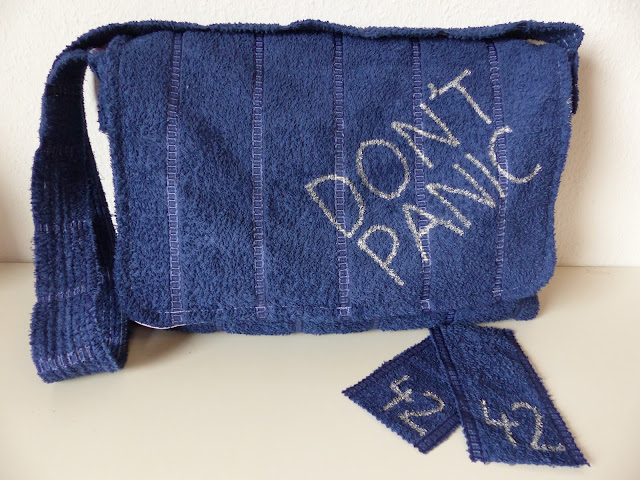 Crafting for other people is a lot of fun for me. By this point my apartment is full of crafted items and impressing the husband with a homemade gift is getting harder and harder, so to see someone genuinely enjoying and appreciating something I made is a terrific feeling. Especially when I can return a favour at the same time.

A towel is the most important item a Hitchhiker can carry. And what`s a better way to carry a towel than to have bag made from a towel? Actually in this case it is made from a bathrobe, that has been waiting to be transformed for a while now as it was too small and too rough to be comfortable.
After dissecting the robe and cutting out the amount of fabric that I needed for the bag the first step was to dye it a pretty blue. 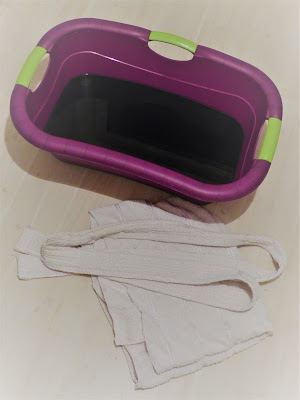 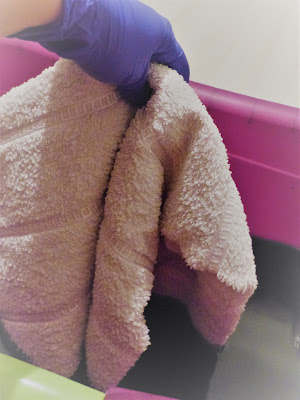 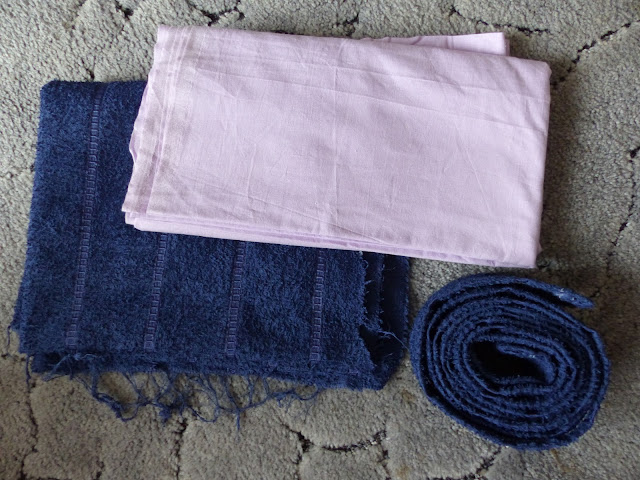 After letting the dye set the fabric had to be washed and dried. My sewing pattern was loosely based on this messenger bag tutorial and these were my main fabric pieces: 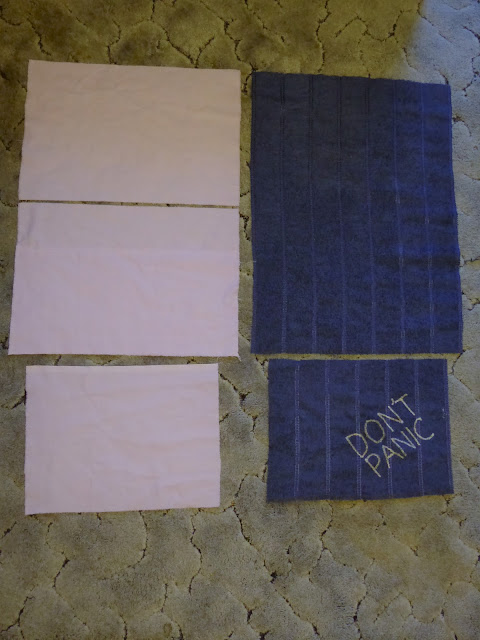 My first thought was to machine embroider the Don't Panic inscription on the front, but a test on a spare piece of fabric made me change my mind and I used a silver permanent marker instead. I also added a simple inside pocket to the bag and marked two other spare pieces of fabric with the answer to life, the universe and everything: 42! 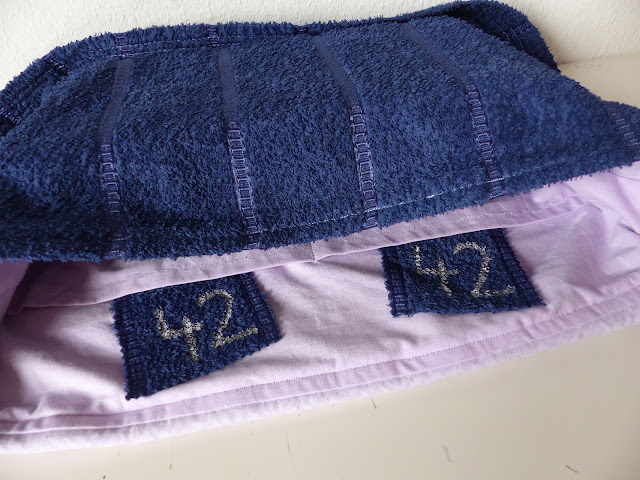 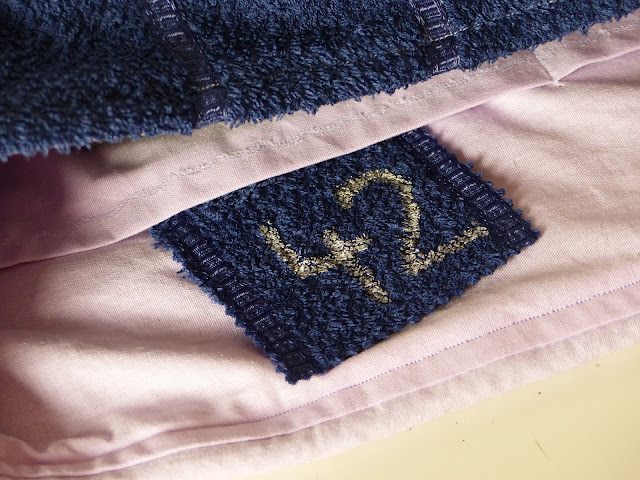 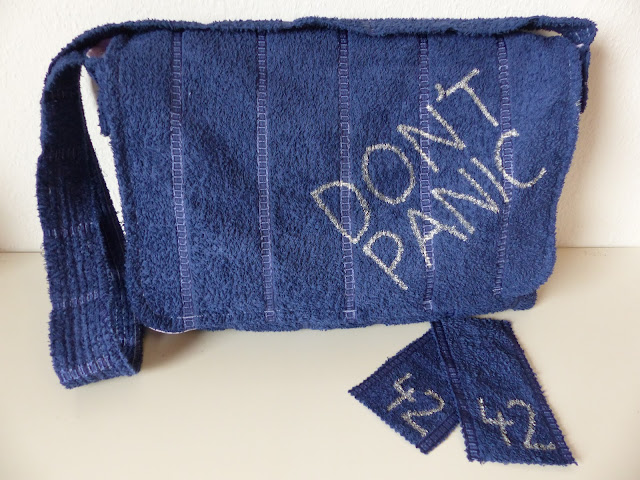 This is the first big project I made with my new sewing machine. I had a bad scare when I sewed on the straps, because the fabric was too thick to sew over without being careful. So after thinking I broke my brand new maching (lots of noise and a stuck sewing needle) I sewed the rest of the strap by turning the needle wheel by hand to make sure it won't break and it was all fine. I very pleased with the result and it also resulted in a lot of joy in the recipient :D

Don't panic is also a great motto for this year!

Partying at Alt Trifft Neu - Upcycling Blog Party
at 12:08 AM