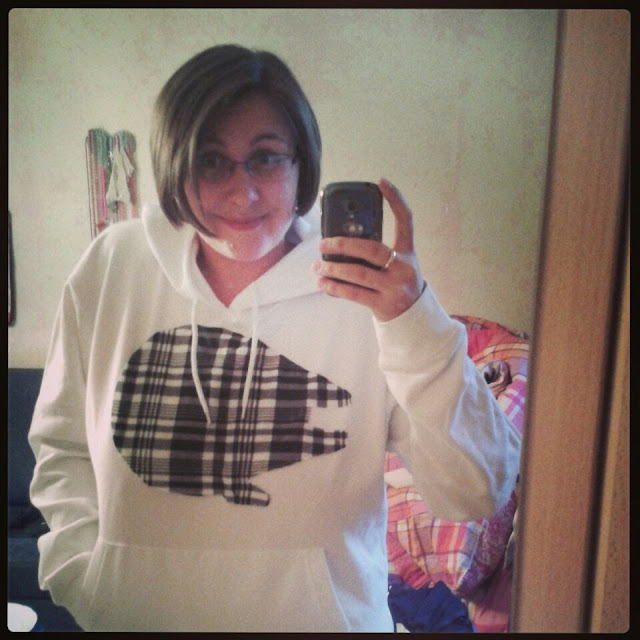 Those who follow me on Instagram or my Geek & Nerd DIY Thread on Kleiderkreisel (<3 you guys) have already seen this photo of my new upcycled Star Wars Sweater. But it's actually a Star Wars vs Star Trek Sweater! But let's begin with the original sweater. It was a promotional item from my last job for a Til Schweiger movie, nuff said, it needed a fix up.
Here's the before: 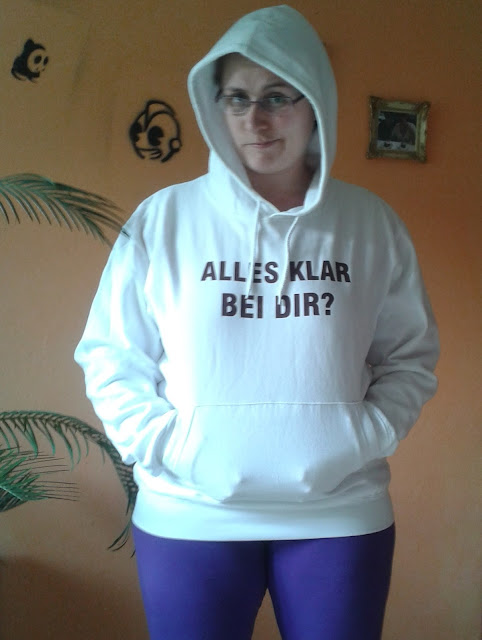 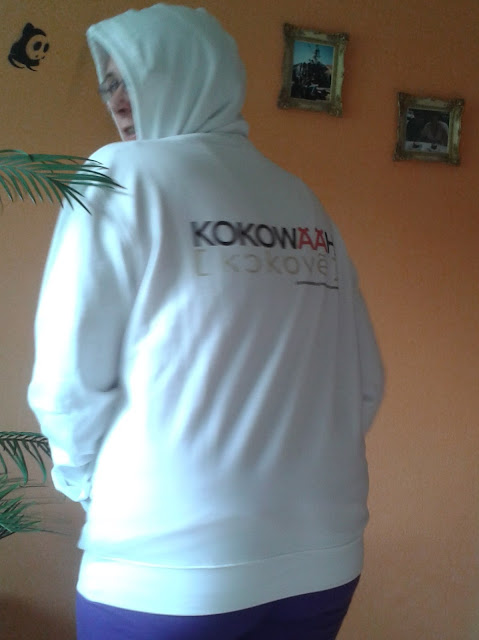 And I chose this old shirt of the future husband to cut up and make Awesomeness! 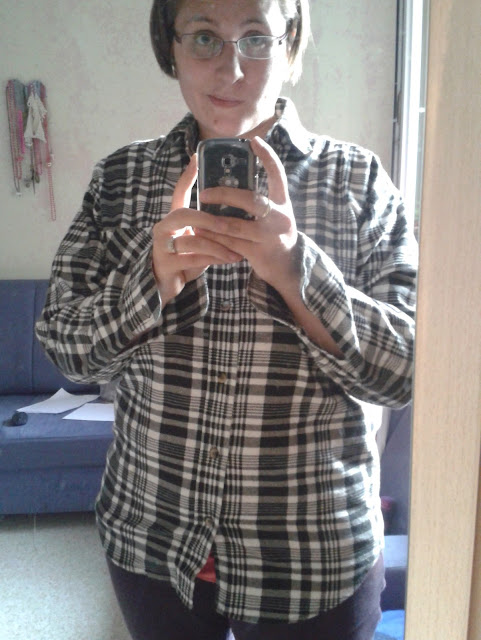 I thought long and hard what to put on the sweater and came up with a sideways rocket to cover up the front letters, scratch that, too childish. That lead me to the spaceship from Firefly, the Serenity, scratch that, too much detail & not too recognisable. And that lead me to the Millenium Falcon of Star Wars. But what to put on the back? Another Star Wars picture? How about the Enterprise from Star Trek. Brilliant idea, Anni!

So I googled me up some good images and copied the silhouette from the laptop screen onto paper and cut it out to use as a stencil to cut out the Millenium Falcon and the USS Enterprise from the shirt. 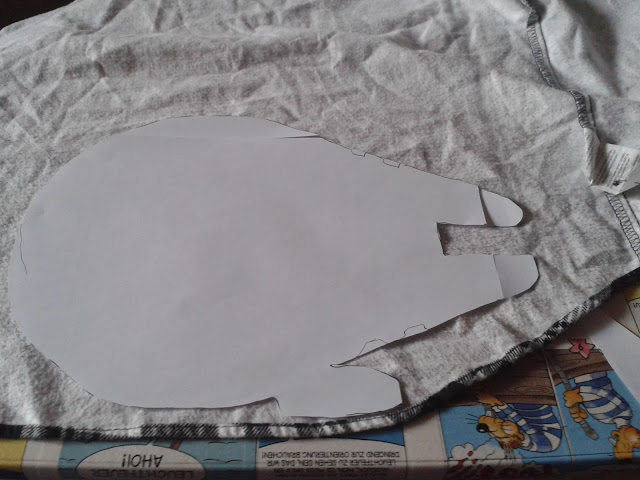 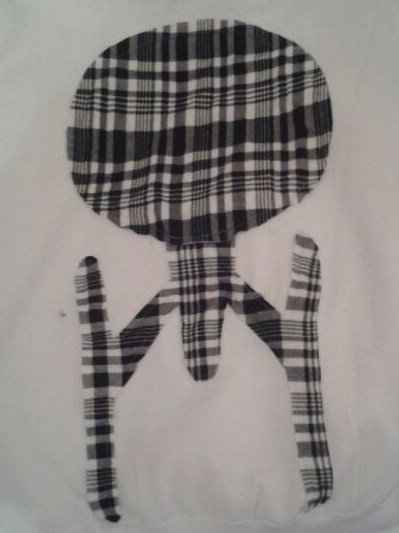 Et voila! A masterpiece of a Nerd Sweater with a hint of Hipster flair (plaid). Will turn every geeks head and make him think "What are you? A Star Wars Fan or a Star Trek Fan?" And I will say "Both!". Make it so! And may the force be with you! 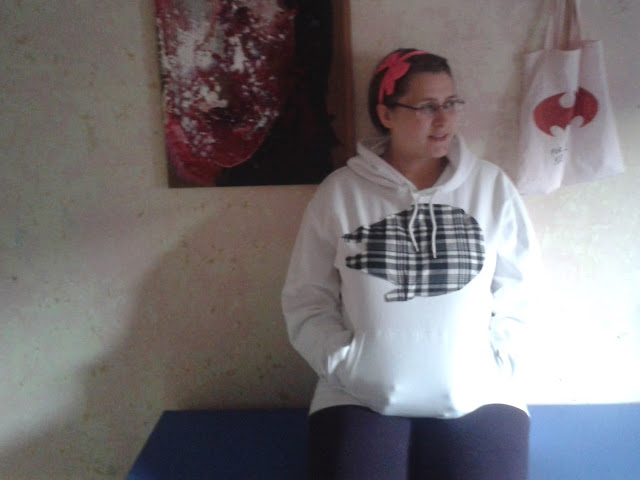 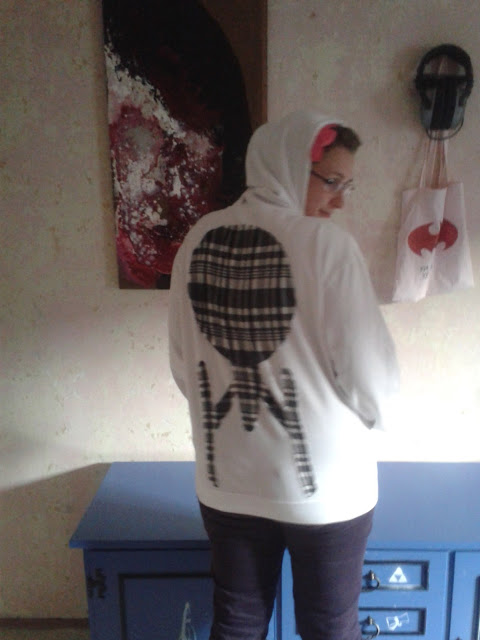 PS: Check out all these funky geeky crafts at the Nerd'n'Geek Linkparty <3
at 11:25 PM