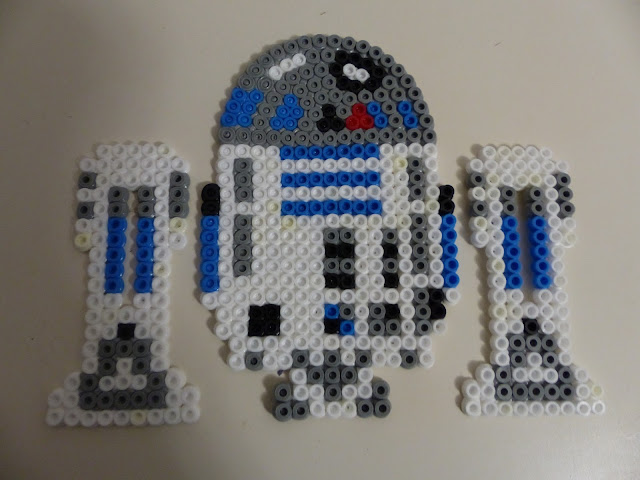 With all the Star Wars excitement going on I wanted to get a little crafty with the beloved characters mostly from the old trilogy. And the easiest way to do that was with melting beads. I found some awesome patterns via Pinterest and started with this 3D R2D2. 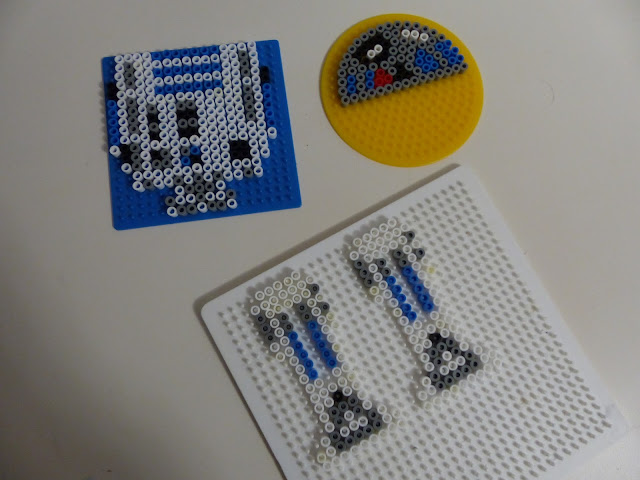 Had to tweak the pattern a little because the small square was not tall enough to fit all the beads required. It was also a little tricky to attach the round head to the body. I ironed both pieces lightly, detached them from the pegboard and layed them together in the right spot on the table and ironed again to melt them together. 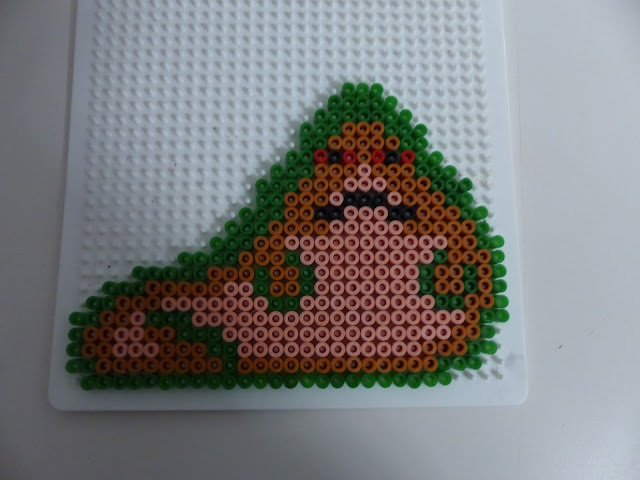 One of my favorite characters from the old movies is Jabba the Hutt. You just can't really take him seriously as an alien mafia boss being the huge slug he is. One of me and my husband's insider joke is talking like him when we're super lazy. E chu ta Solo. Ah hah hah. Yoka to bantha poodoo.
That's not weird at all! 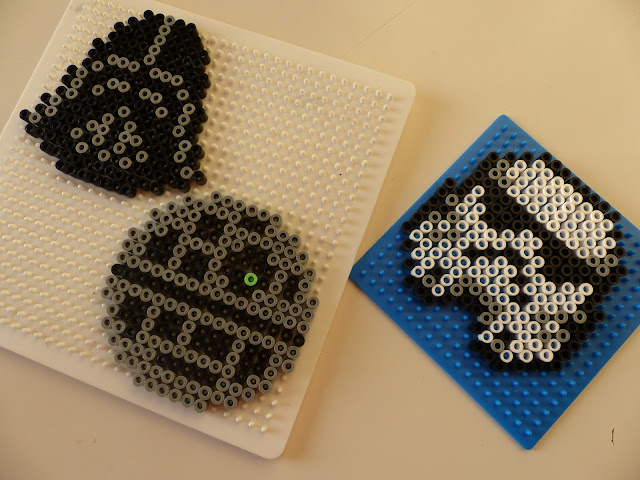 And then I made some of the iconic images like Darth Vader's helmet and the Death Star as coasters that were intended for my Star Wars marathon party before the new movie came out. But sadly I got sick, so we had to cancel... 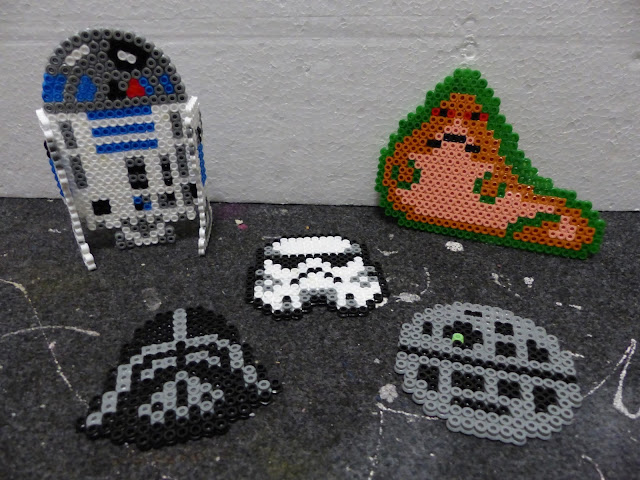 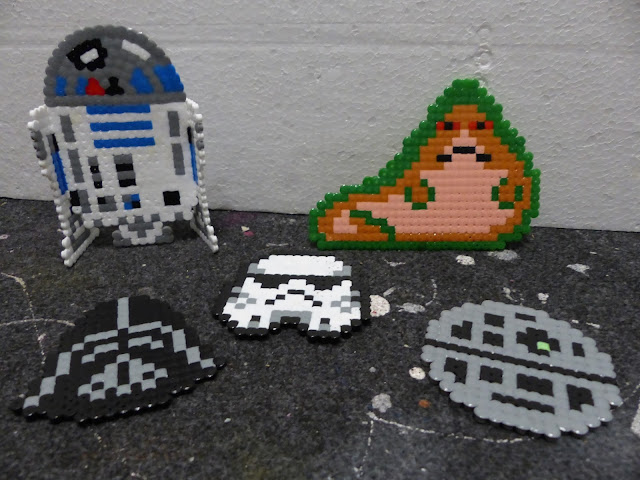 And here's all of the melted goodness front and back. Some images look better from one side or the other with melted beads, sometimes I iron the images from both sides, but you don't really have to. They make for really good coasters or you can just put them on your shelf for decoration.
You can see some pictures of the decoration in our tetris shelves in the livingroom below. We almost have to make new additions to the tetris shelves because they are getting really full. Some rows of games and DVD's have stuff behind them as well. Well, we like stuff! 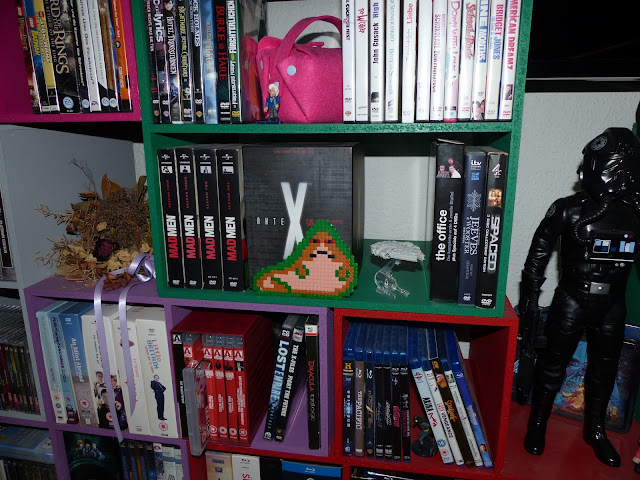 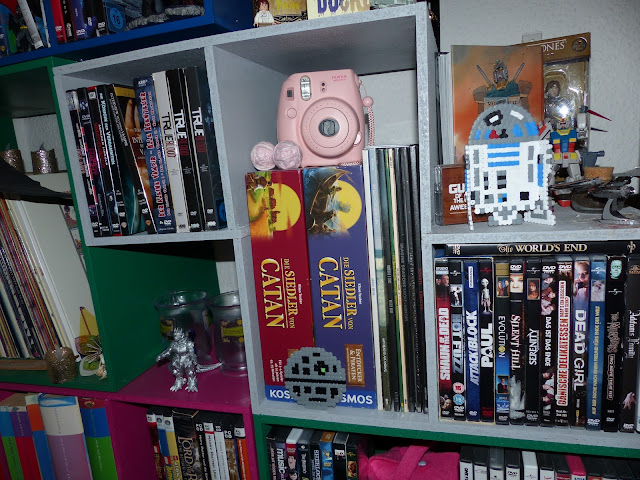 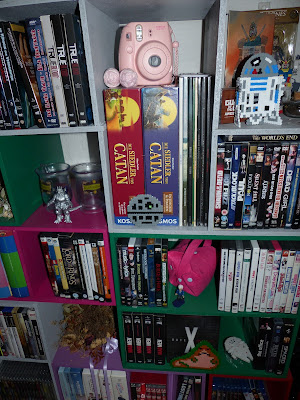 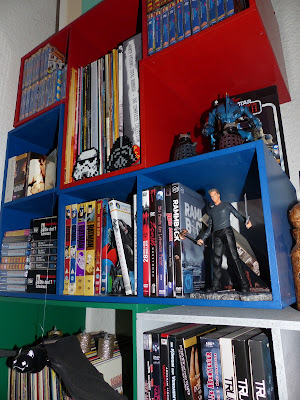 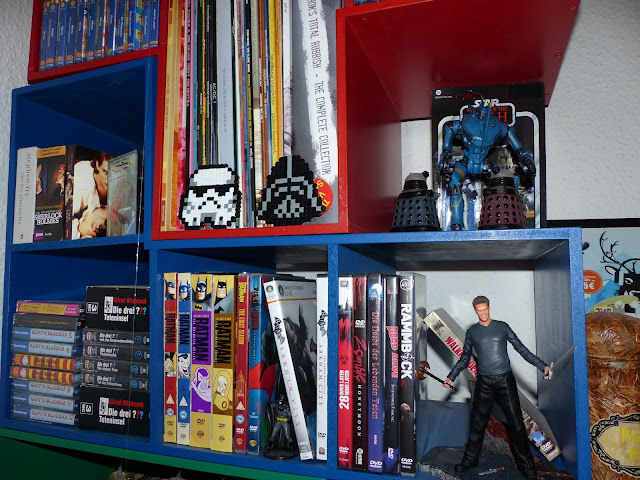 May the Geek-Force be with you!

PS: Check out all these funky geeky crafts at the Nerd'n'Geek Linkparty <3
at 5:42 PM