So I already know the British make some good television. After watching The Office, Spaced, Black Book, Extras, The Mighty Boosh etc. I now got to see the great Sherlock Holmes redo Sherlock. Martin Freeman as Watson caught my eye mostly, I hadn't heard of Benedict Cumberbatch so far, but he sure is a brilliant Sherlock!
I'm actually glad I'm a little behind on this great show cause this way I got to see season one and two without a nervewracking break.
Anyone who hasn't seen this show yet (or any of the above mentioned) I greatly recommend it!

And one scene of this brilliant series inspired me to try my luck with stenciling on fabric. I had bought fabric paint awhile ago, but never got to use it until now.
My first stencil was made from cardboard, but the letters were a little hard to cut out. 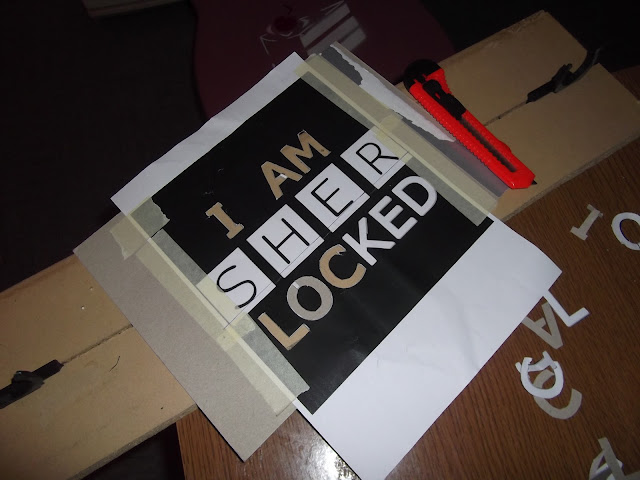 So I tried to connect the letters, so that it was a piece stencil. Not the best looking outcome. 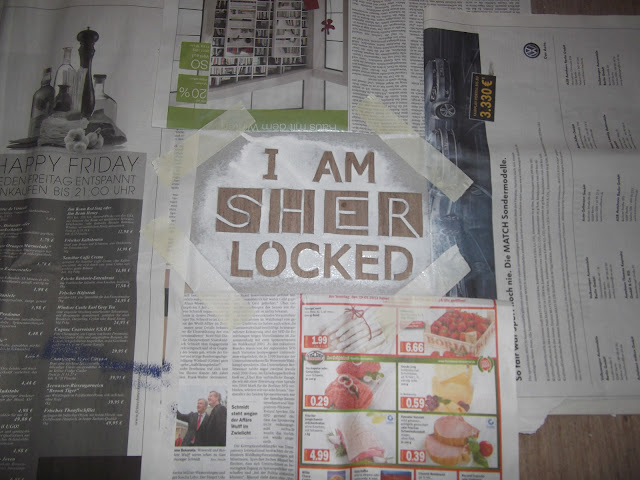 But good enough for the door mat! You can kinda tell what the letter in the boxes are saying, but only in the flashlight... The message is clear, anyways. The door is locked! 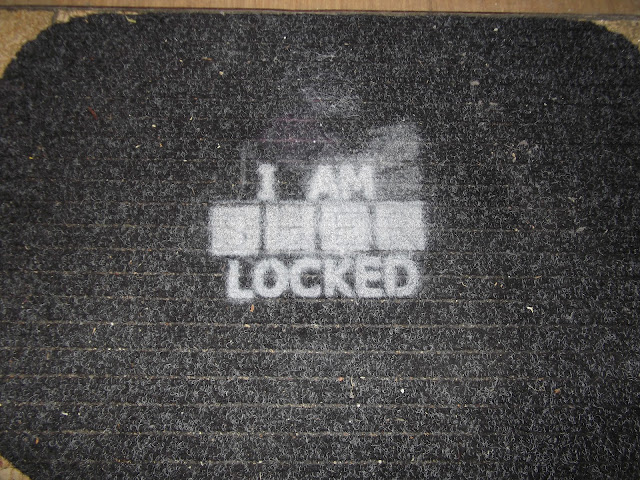 Next try with an adhesive foil. That looks much better! We'll try that on a t-shirt then! 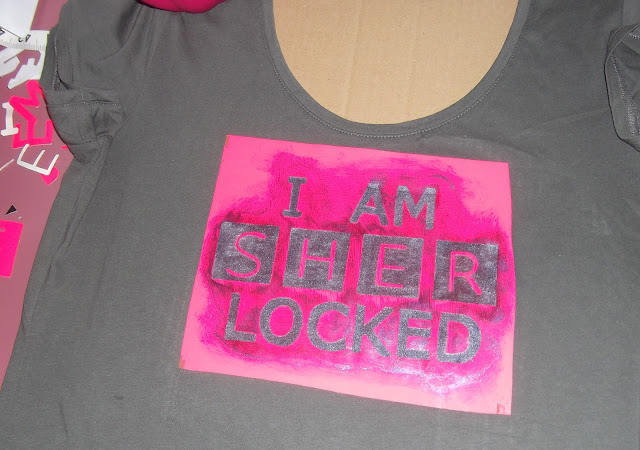 I mixed blue and red fabric paint with silver acrylic paint. I hope it'll still stay in place after washing. The important part is to iron it before wearing it for the first time. 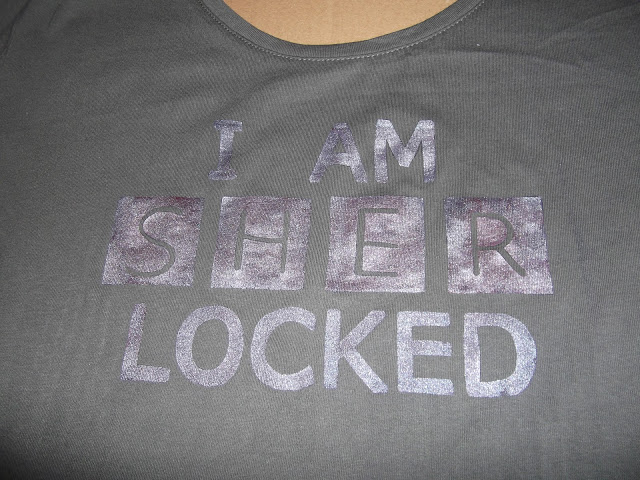 I think this turned out very nice! Nice and shiny.

PS: Check out all these funky geeky crafts at the Nerd'n'Geek Linkparty <3
at 11:01 PM 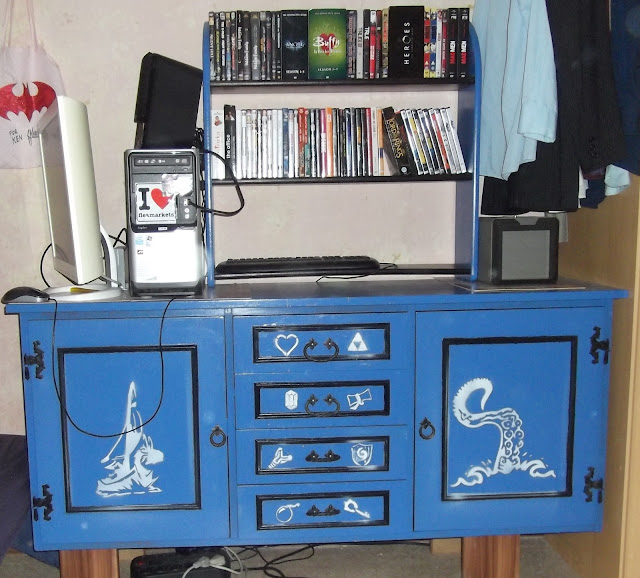 All of our furniture is either from the used furniture store or picked up off the street, just cause! I don't really see the point in buying new furniture when there's so much good used stuff lying abouts.
So here's the story of a dresser and a shelf. The dresser was an ebay-find pretty close to us. Got the thing for like 8€, transport was a bitch though. I thought my man and I could easily transport it a couple of streets, but it turned out to be a pretty heavy piece of wood. But one "please don't steal"-note and an adventorous misuse of a shopping cart later we were able to heave it up to our apartment.

The top was a little scratched, but we were planning to paint it anyways. 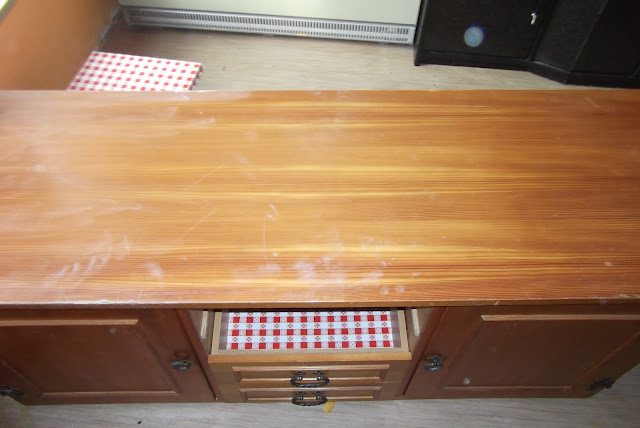 And here's the funny bit, the man wanted to paint it green and blue. To be specific robot green and robot blue. Luckily I could talk him out of it. I just don't really like green too much, plus couldn't even start to image that the colour combi would look good in out bedroom. 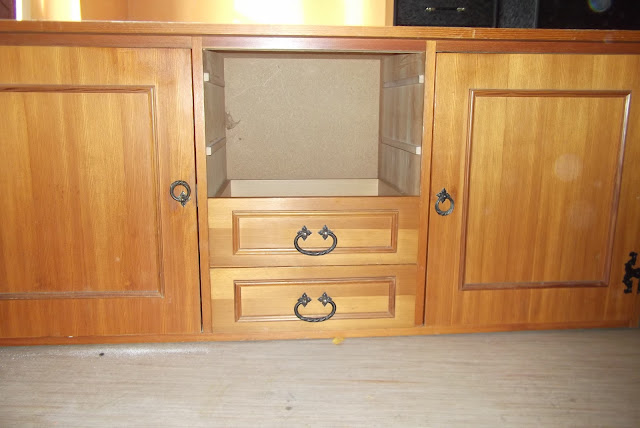 We agreed that black and blue would look much better, well, he agreed more or less... 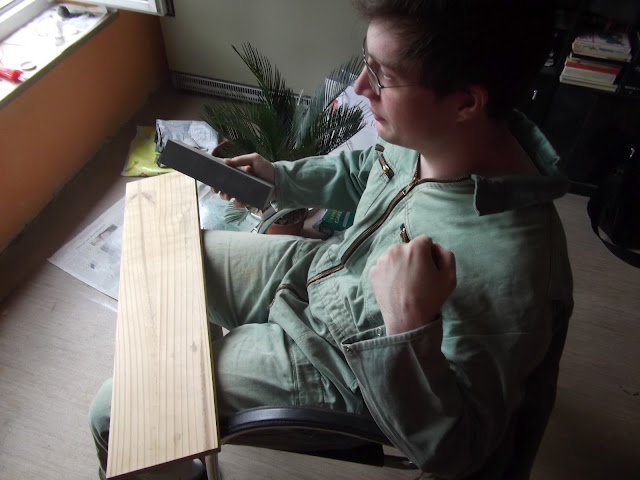 Working man, roughening up that wood. 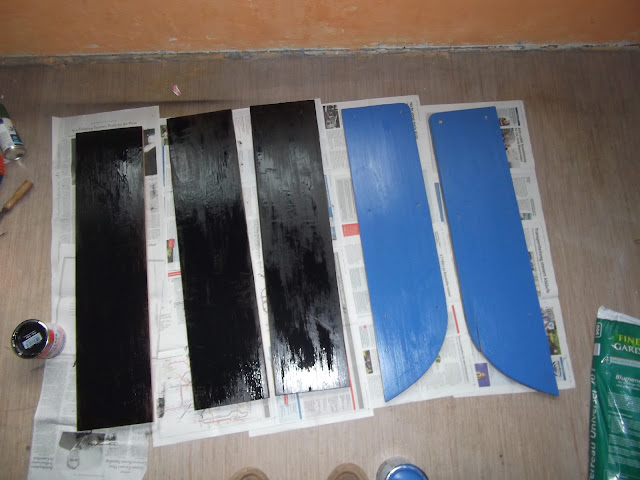 This is the shelf now, painted with the same colours.
We really needed some more space for DVDs, so we picked up a shelf from "Weißer Rabe", a second hand store near Donnerberger Brücke in Munich. 4€ for that, sorry I don't have a before pic, but yeah.. looked like a wooden shelf.

And here's the results: 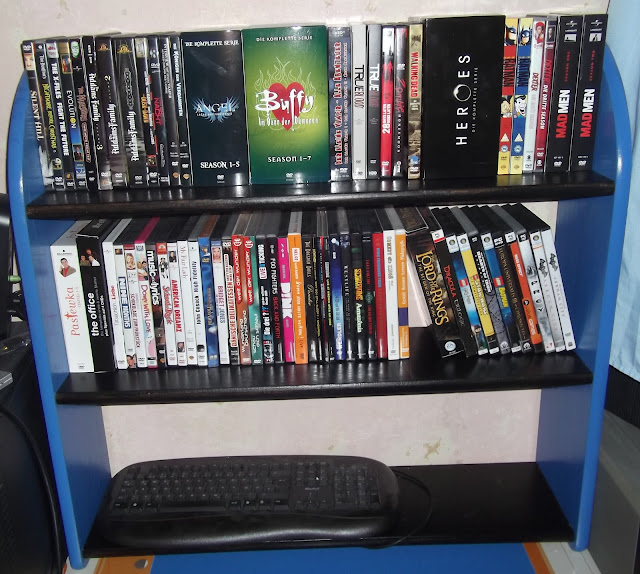 The dresser was decorated via stencil & spray paint by the man.

Also: Sneak Peek at our DVD library and I am not ashamed for the Buffy & Angel collection!
at 8:14 PM