Another month gone by this year, a particularly short one which flew by so quickly. Let's see what happened: 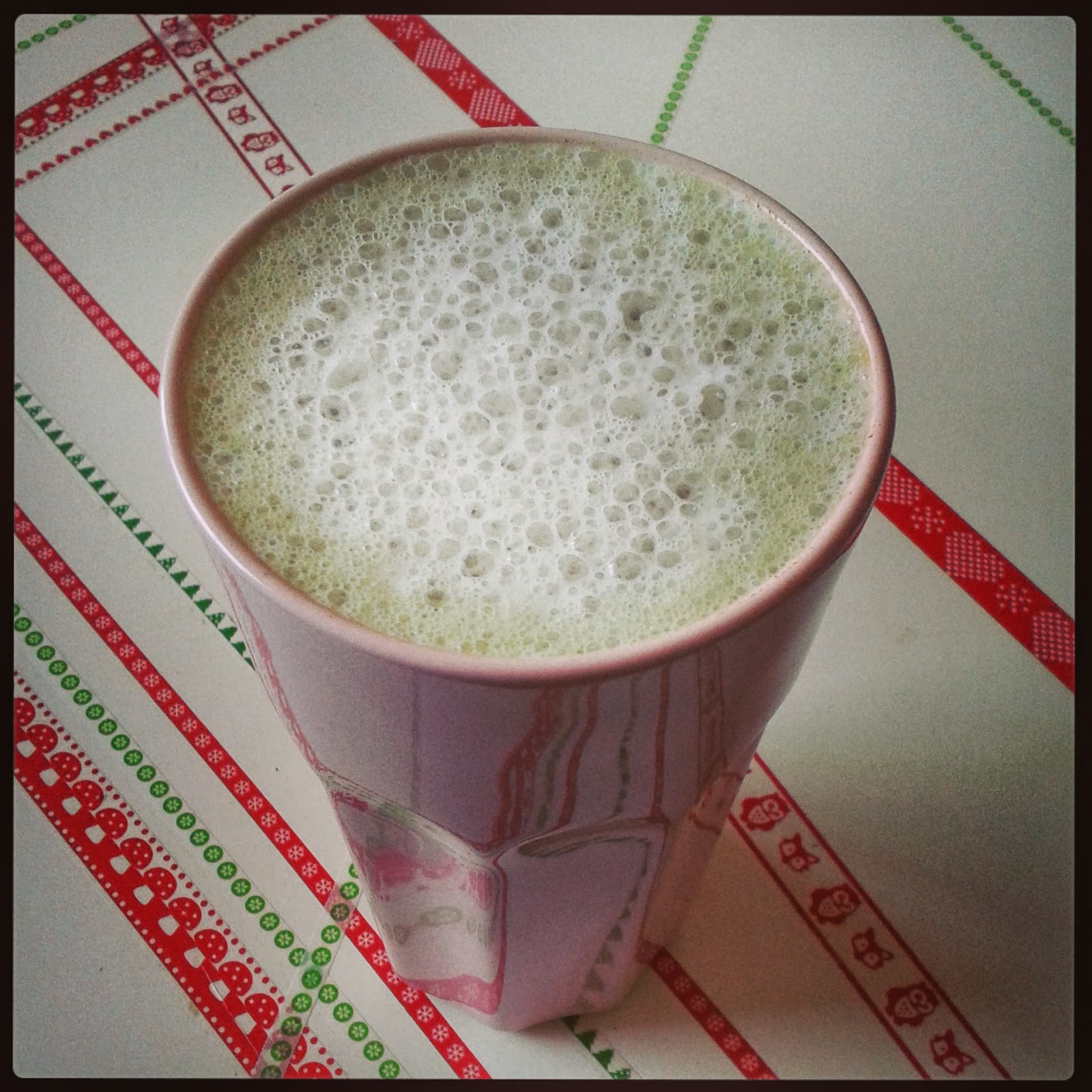 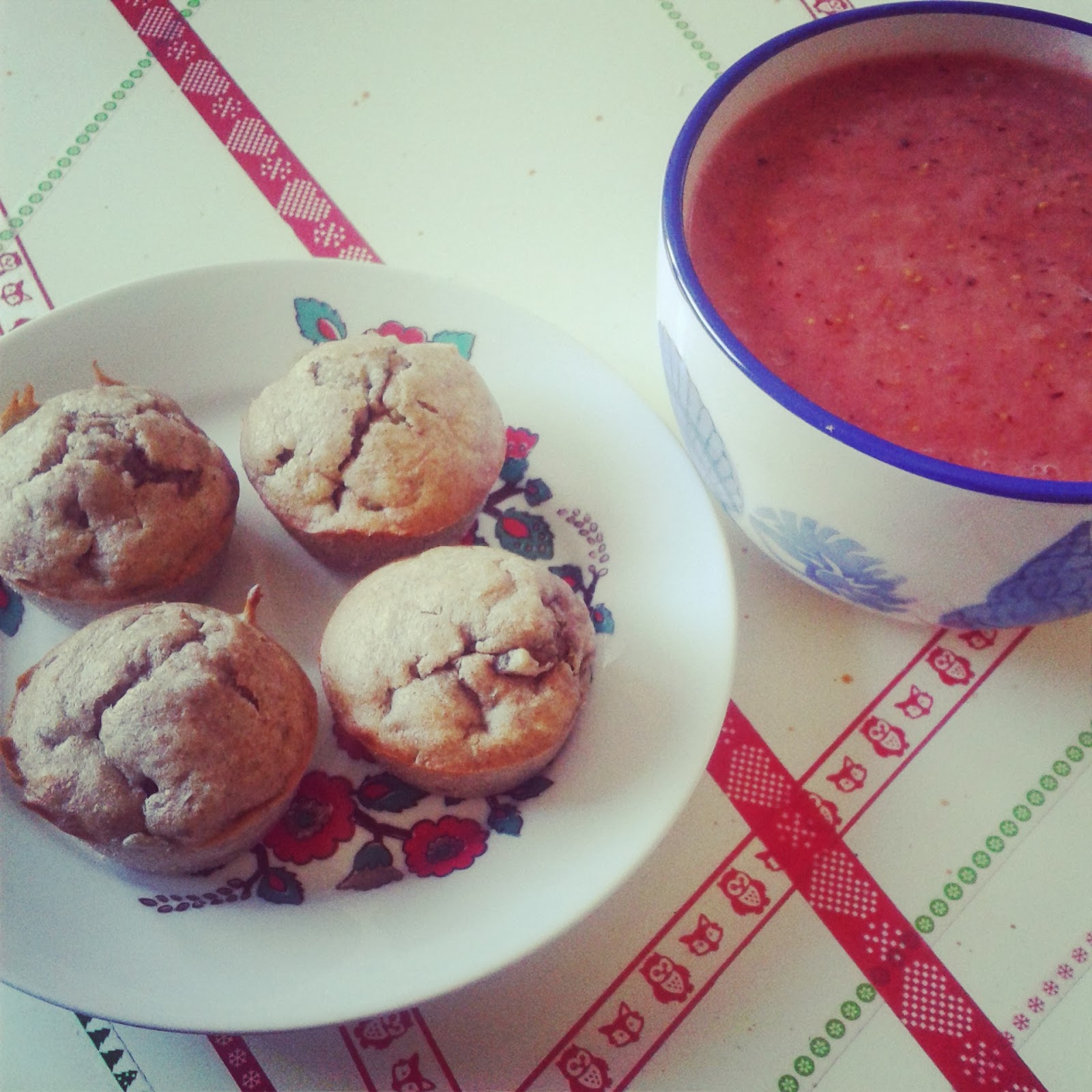 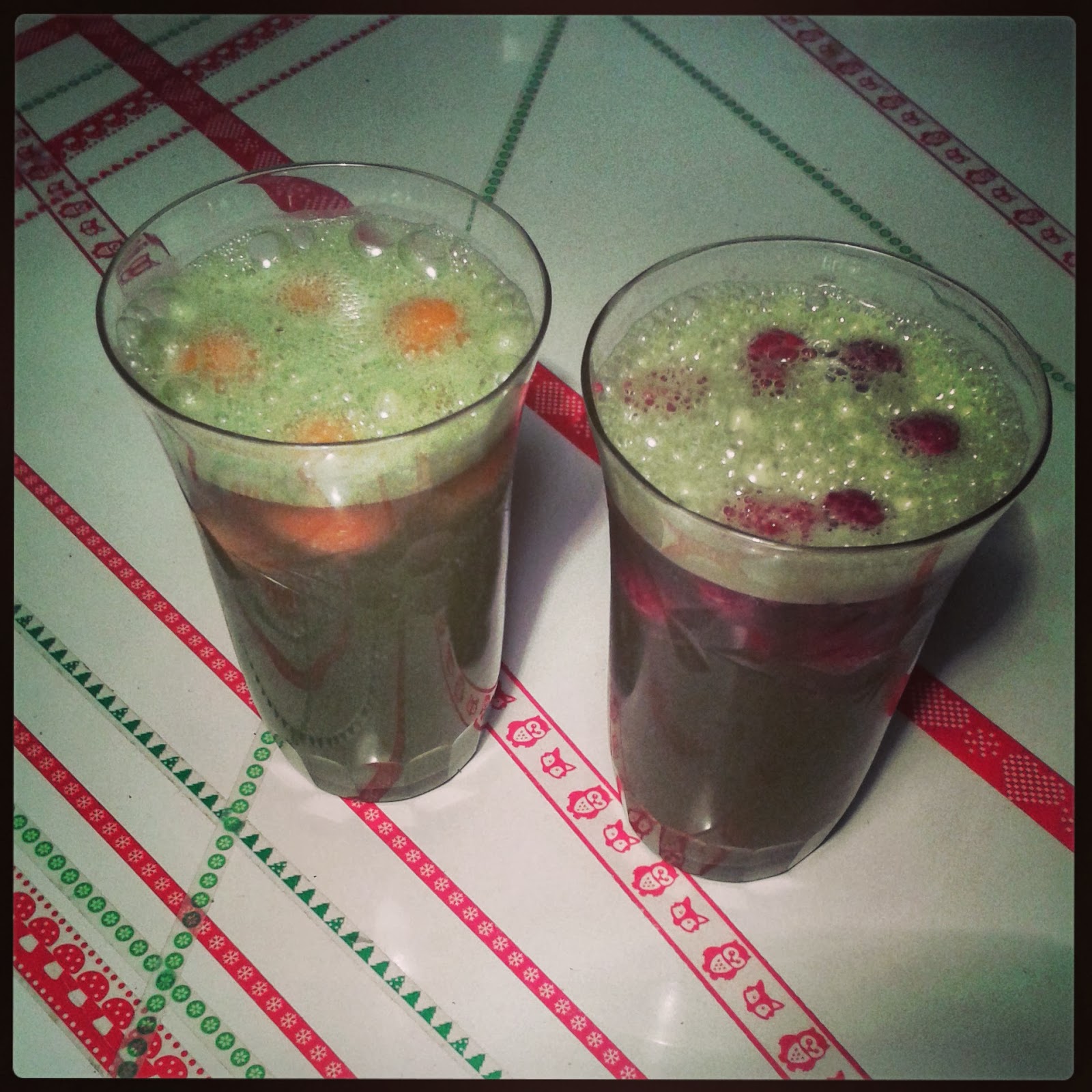 ~ this moth has been filled with lots of healthy vegan & low carb foods, the best way to start the day is a nice warm matcha latte
~ vegan, glutenfree & sugarfree banana muffins and a smoothie for breakfast
~ Matcharinhas to prepare us for a friend's surprise birthday party 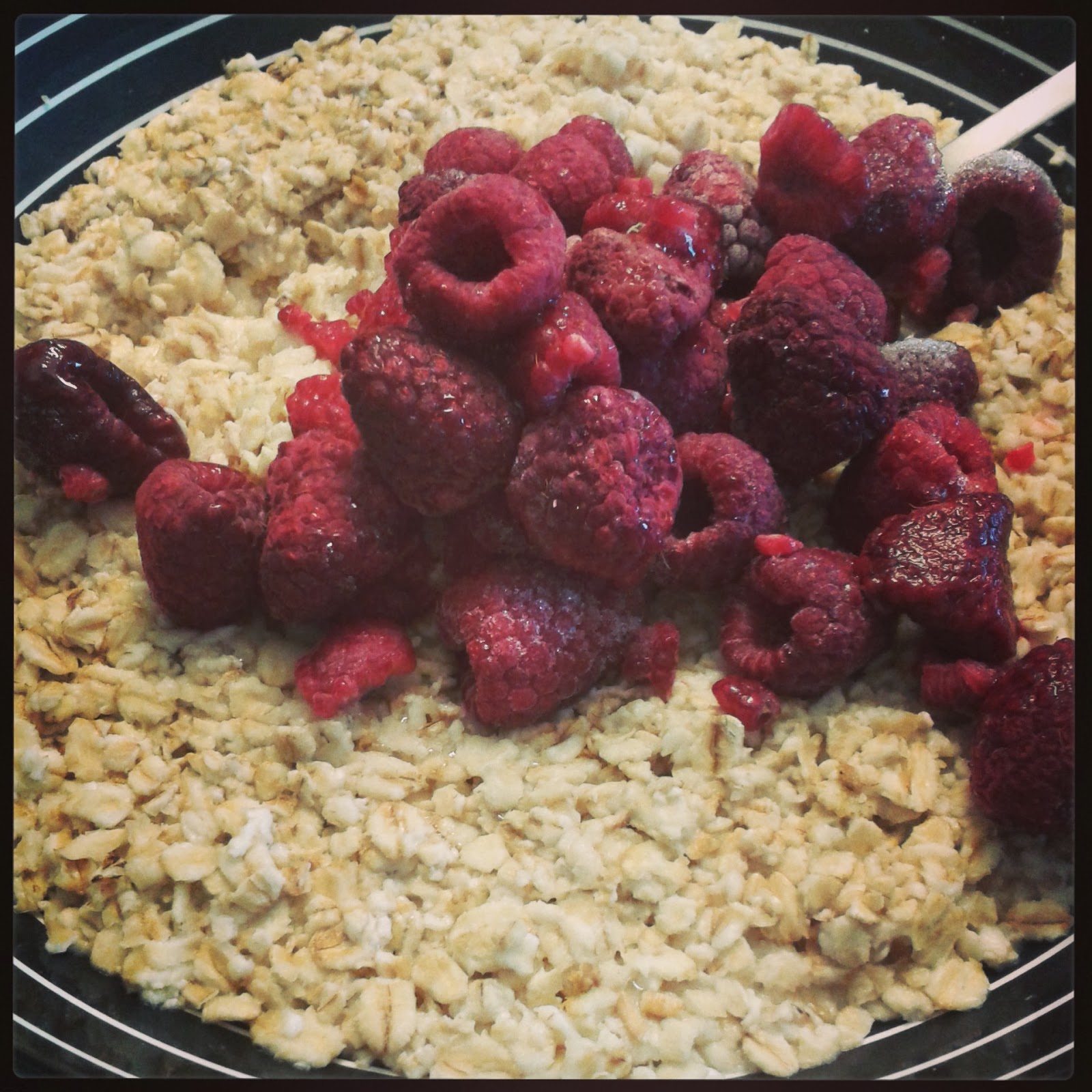 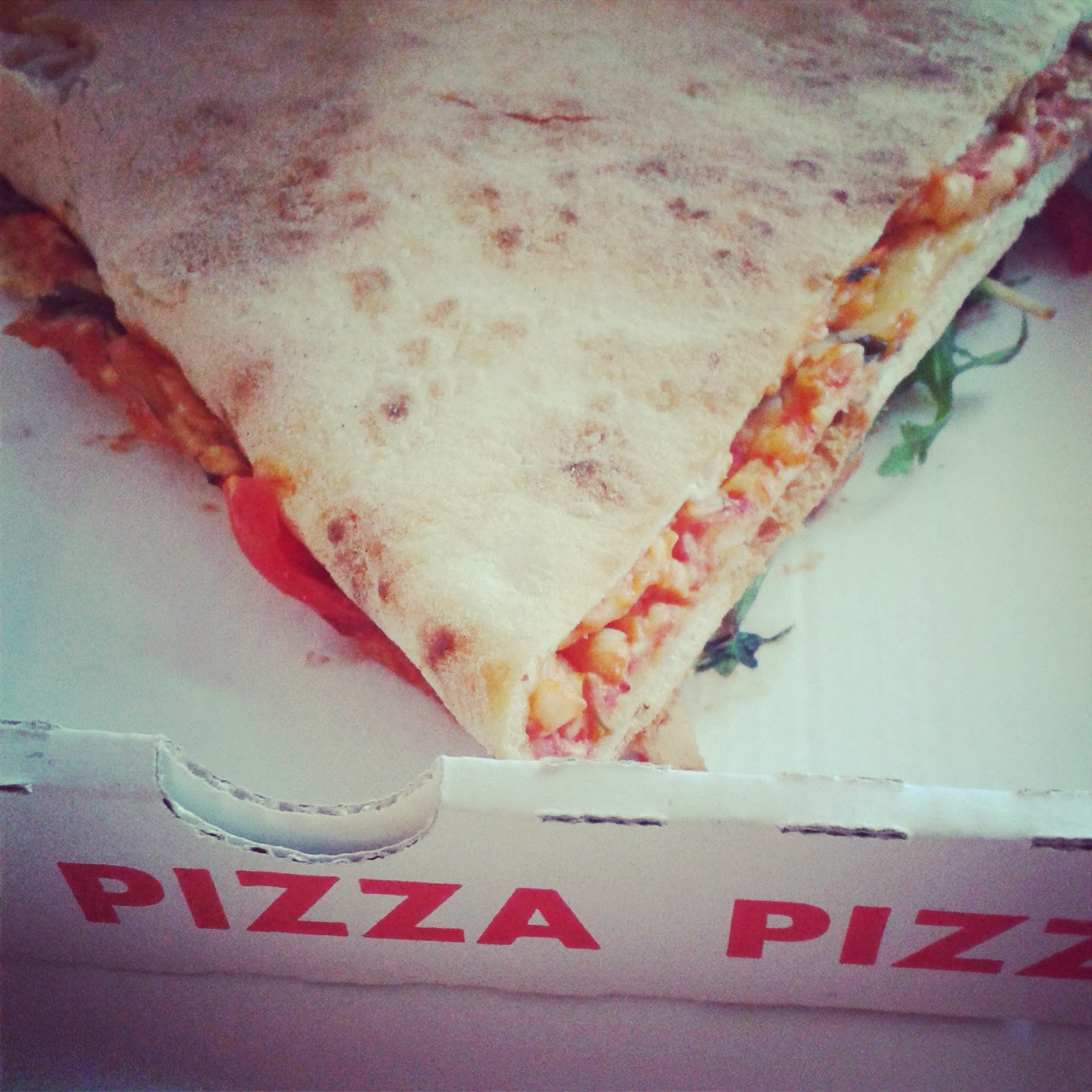 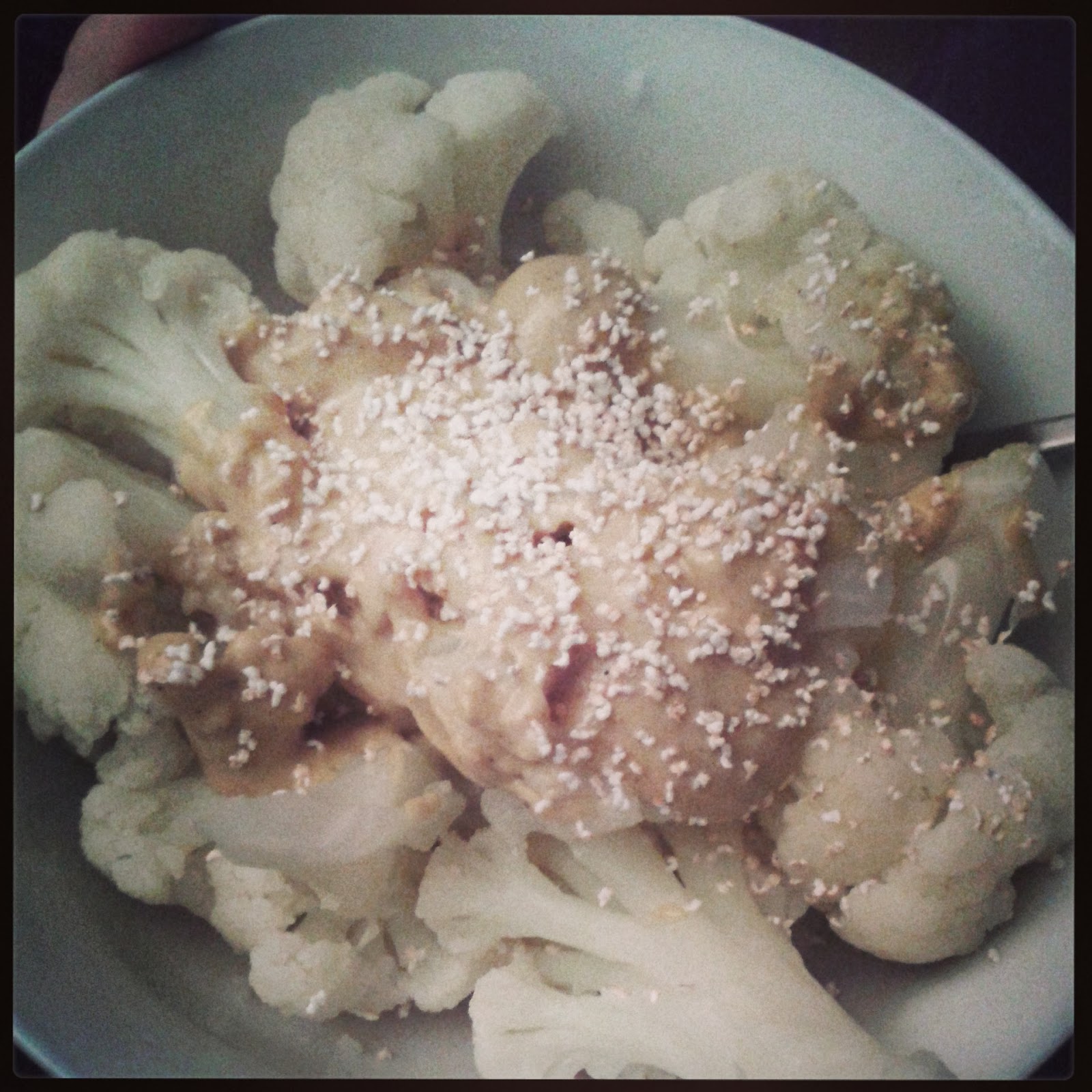 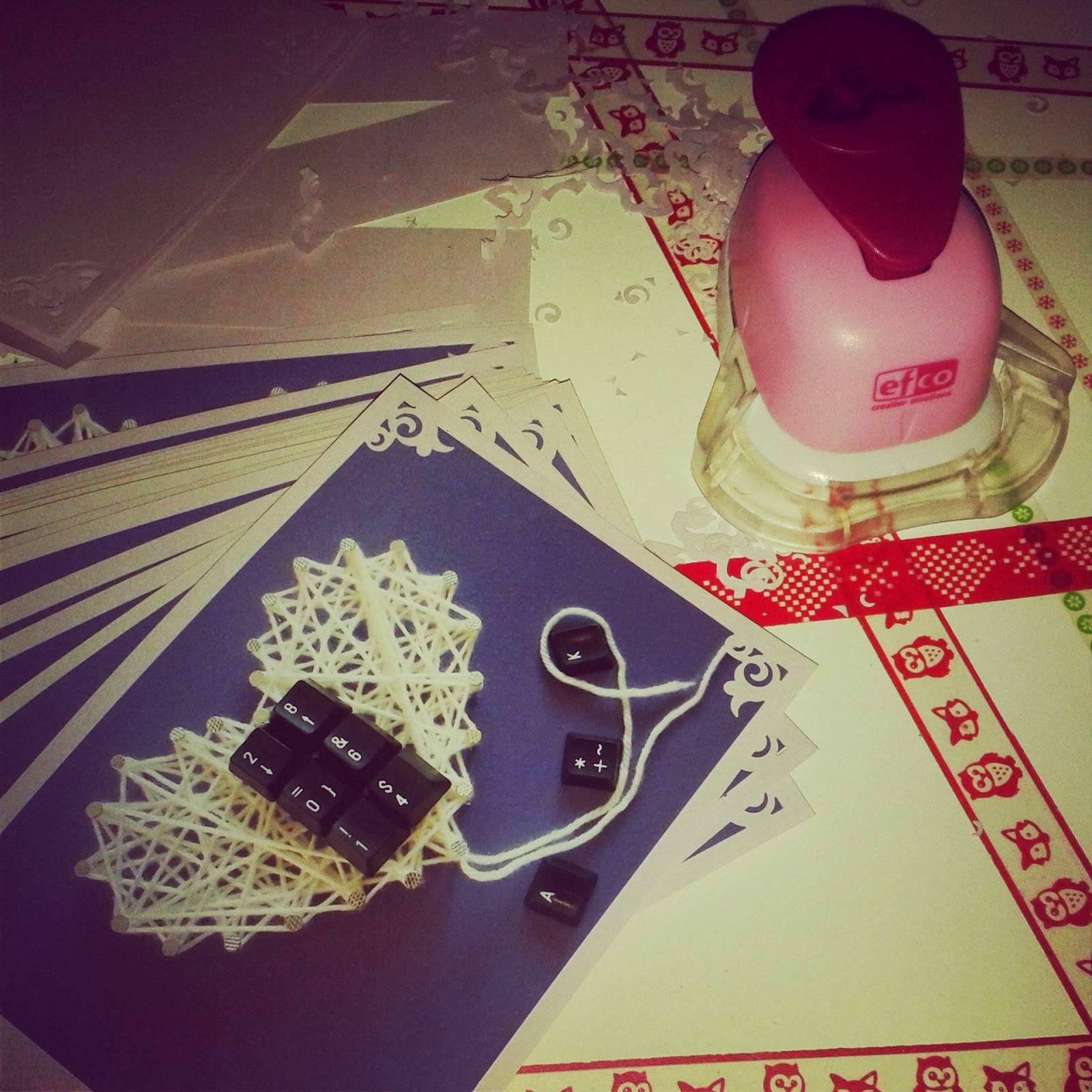 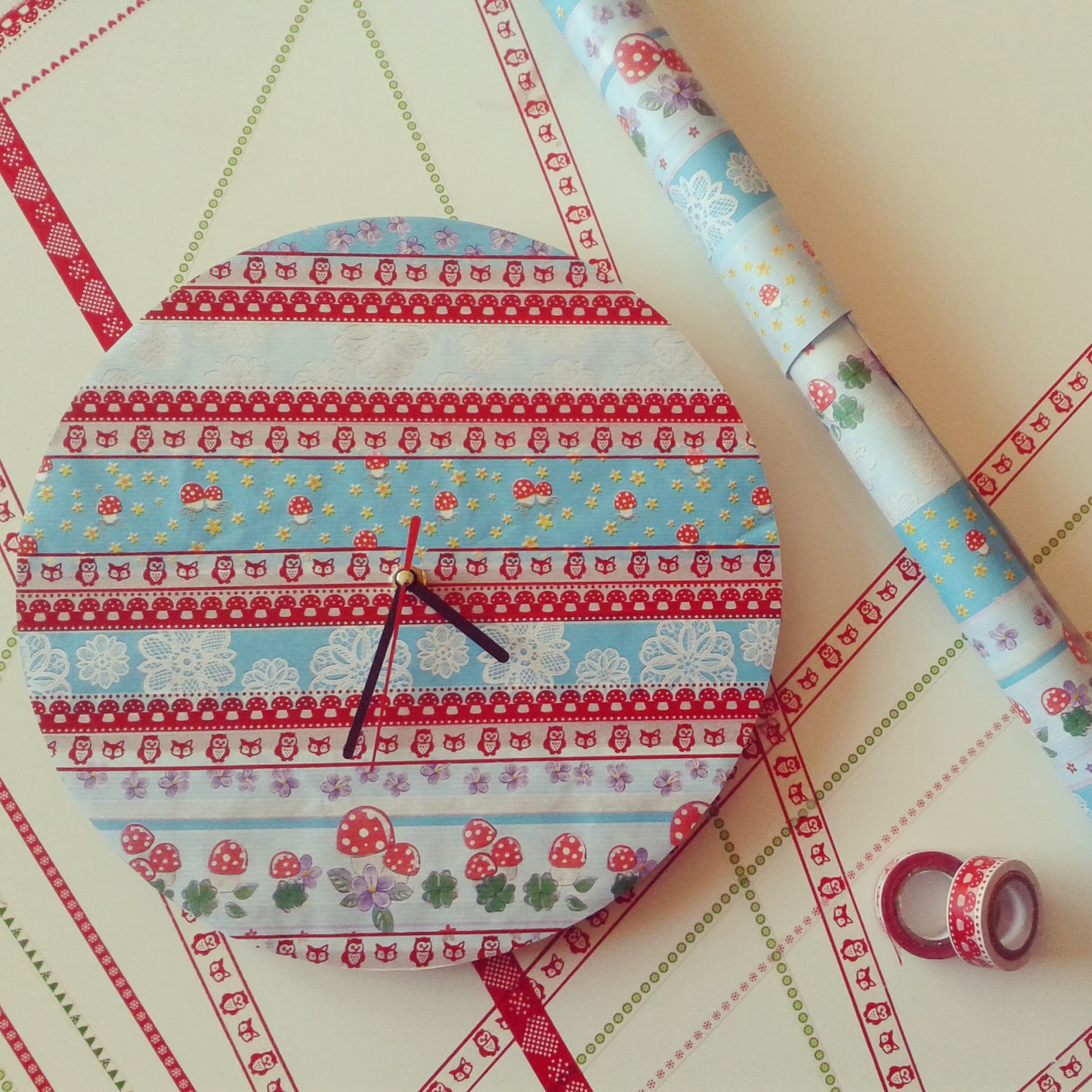 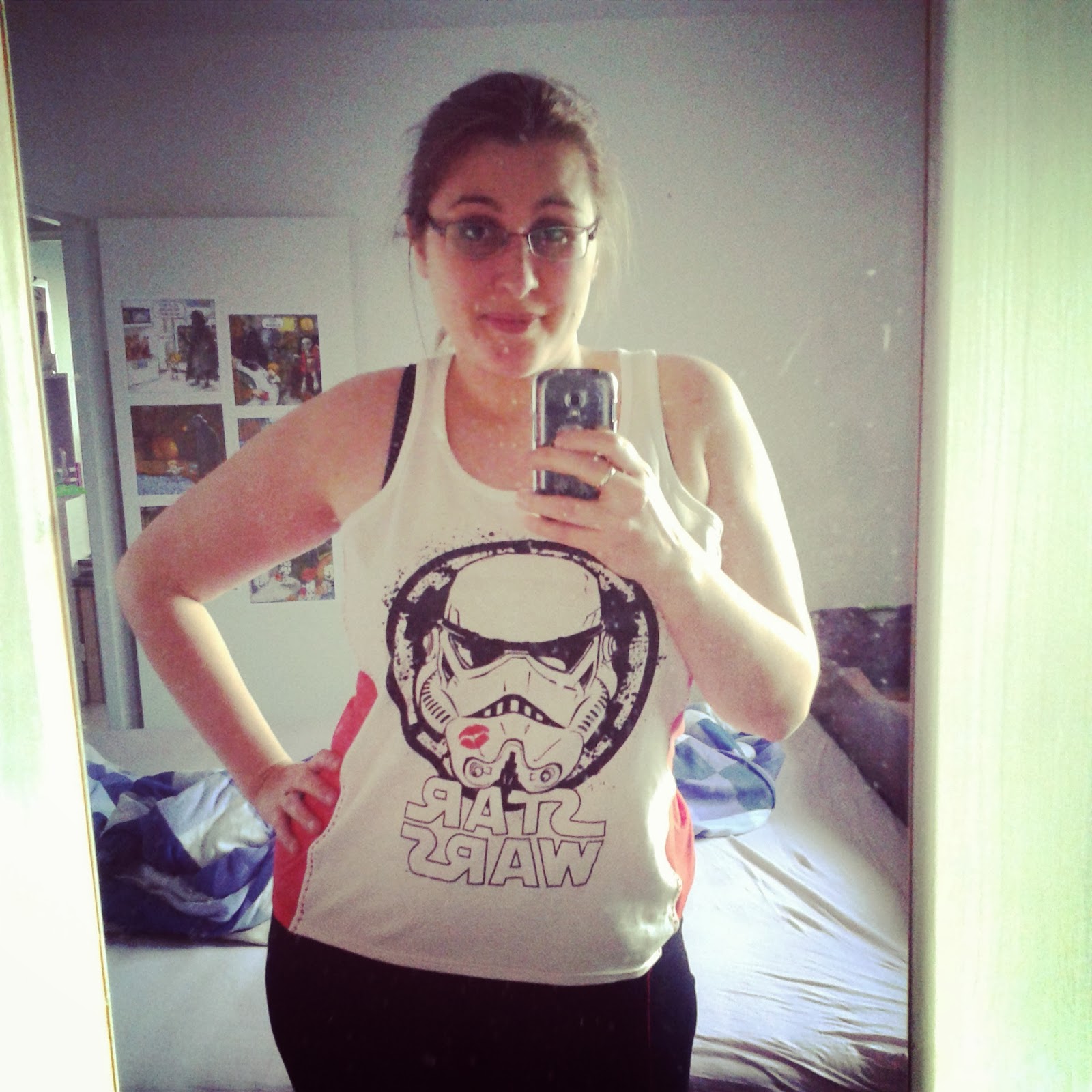 ~ it's also been a crafty month, lot's of preparations for the wedding, Save the Date DIY coming soon
~ made this clock from masking tape and wrapping paper for my mom as a birthday present
~ turned this cool shirt from a size S to L, much more comfy this way 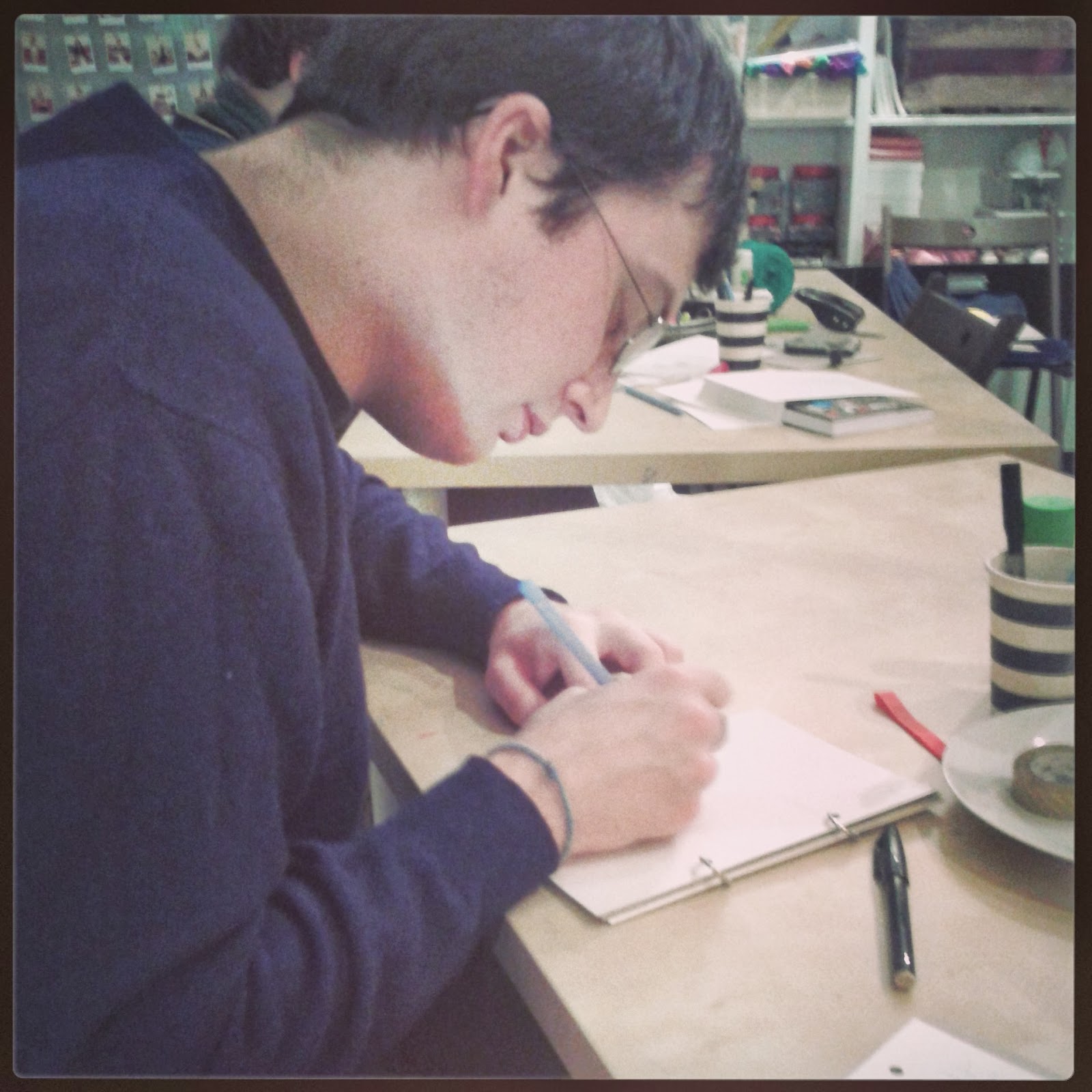 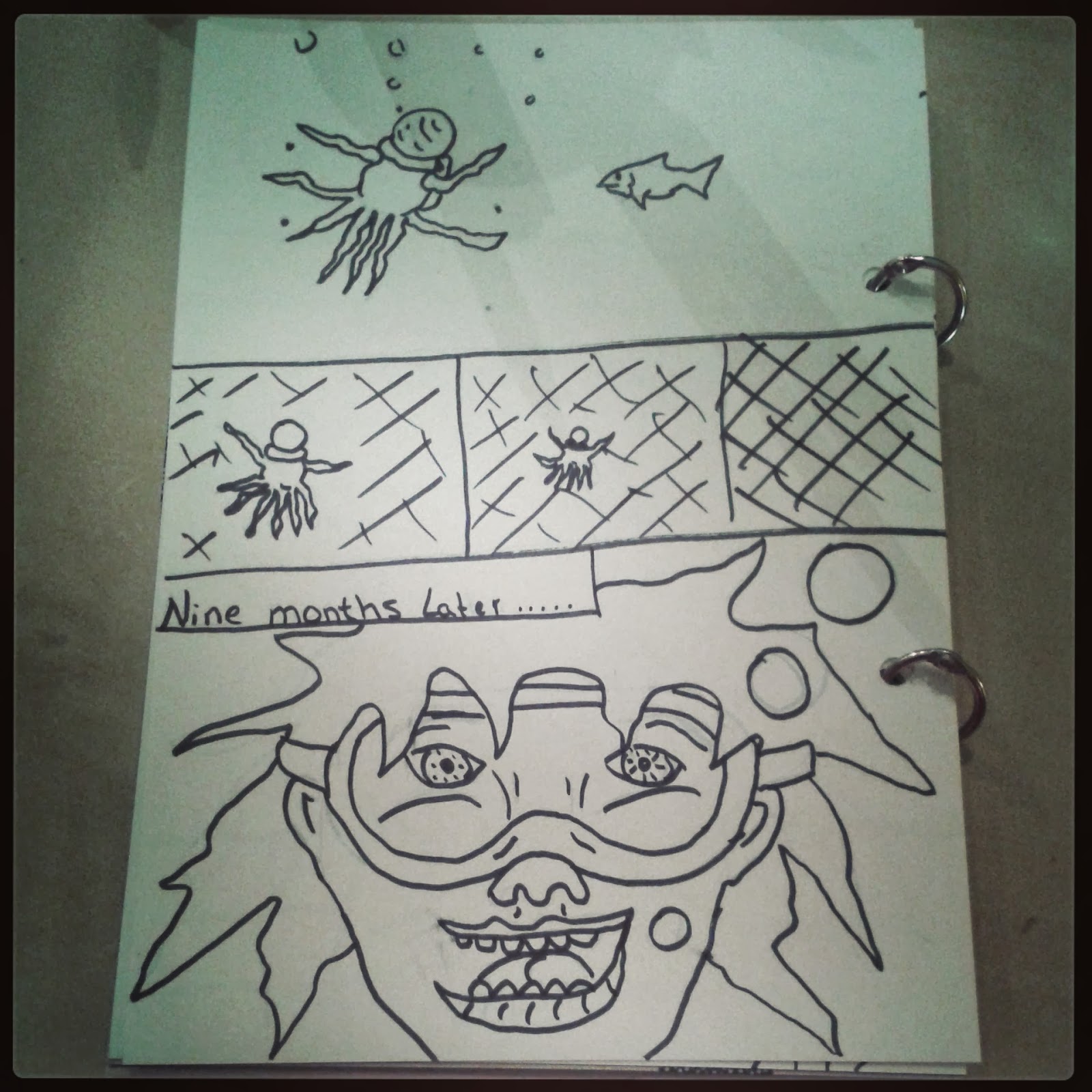 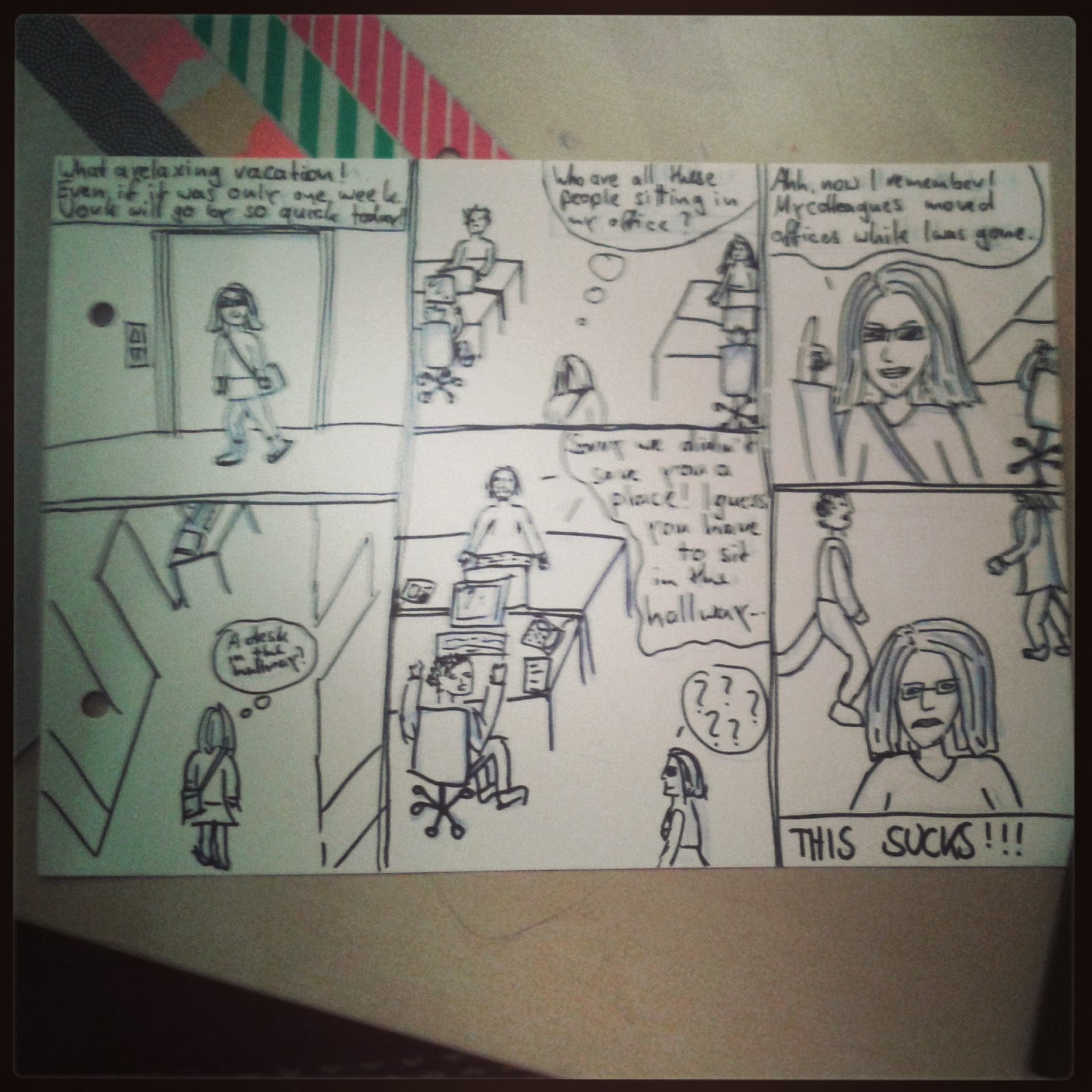 ~ the future husband and I went to another Dawanda workshop, the first one this year
~ it was hosted by Lucy Knisley, an American comic book artist and she taught us how to draw a short comic strips
~ I drew a comic of a dream I had the night before: We're moving offices at work and I dreamt that I came back from vacation and all my colleagues moved offices, but they didn't save me a place so I had to sit in the hallway! What a nightmare. 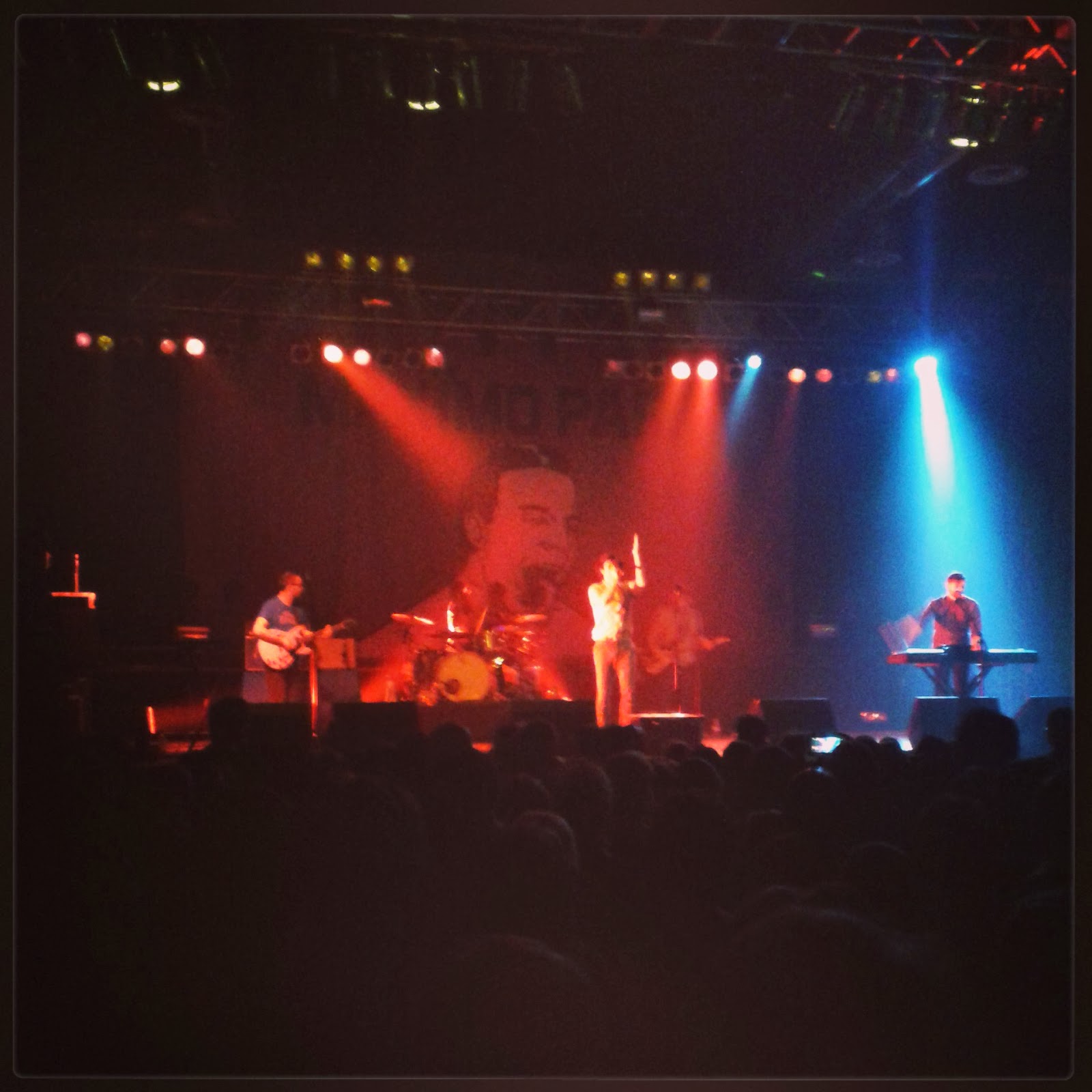 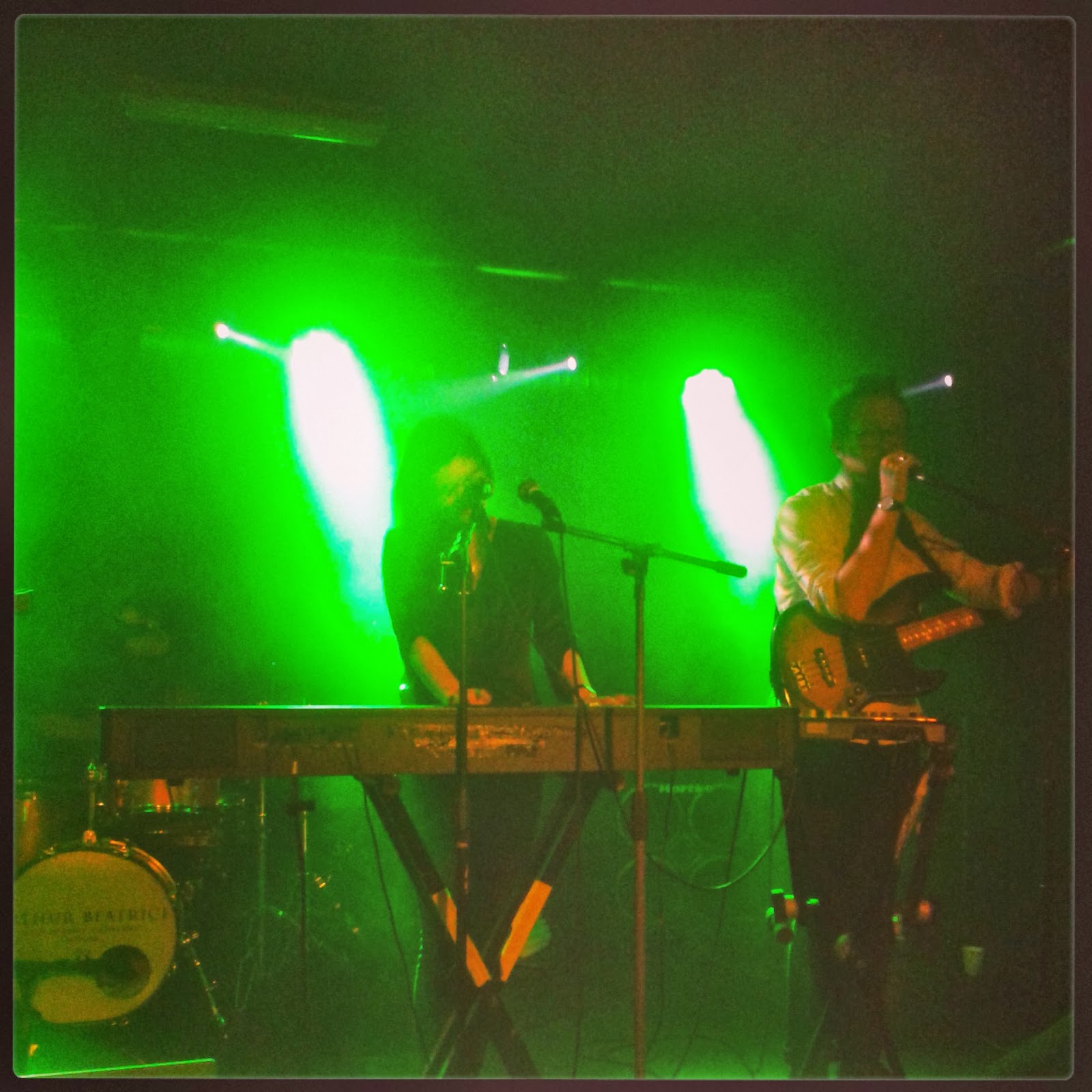 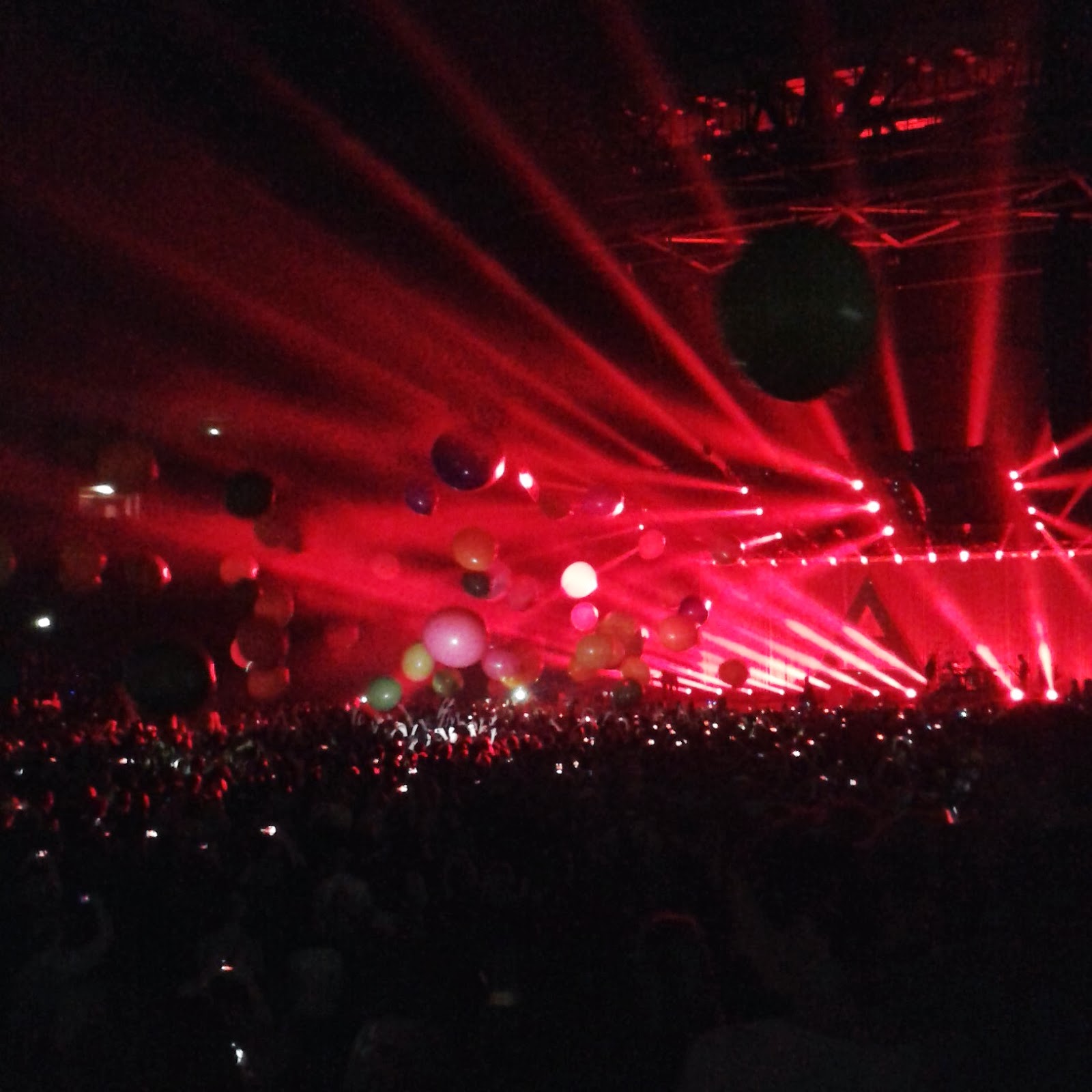 ~ speaking of work, I also went to a bunch of concerts this month, first off; Maximo Park
~ then I saw Arthur Beatrice, an upcoming new british band, they actually played the same night as Maximo Park, so I had to leave early to catch this show
~ and finally Thirty Seconds To Mars to top things off, I don't actually like the music that much, but the show was great! 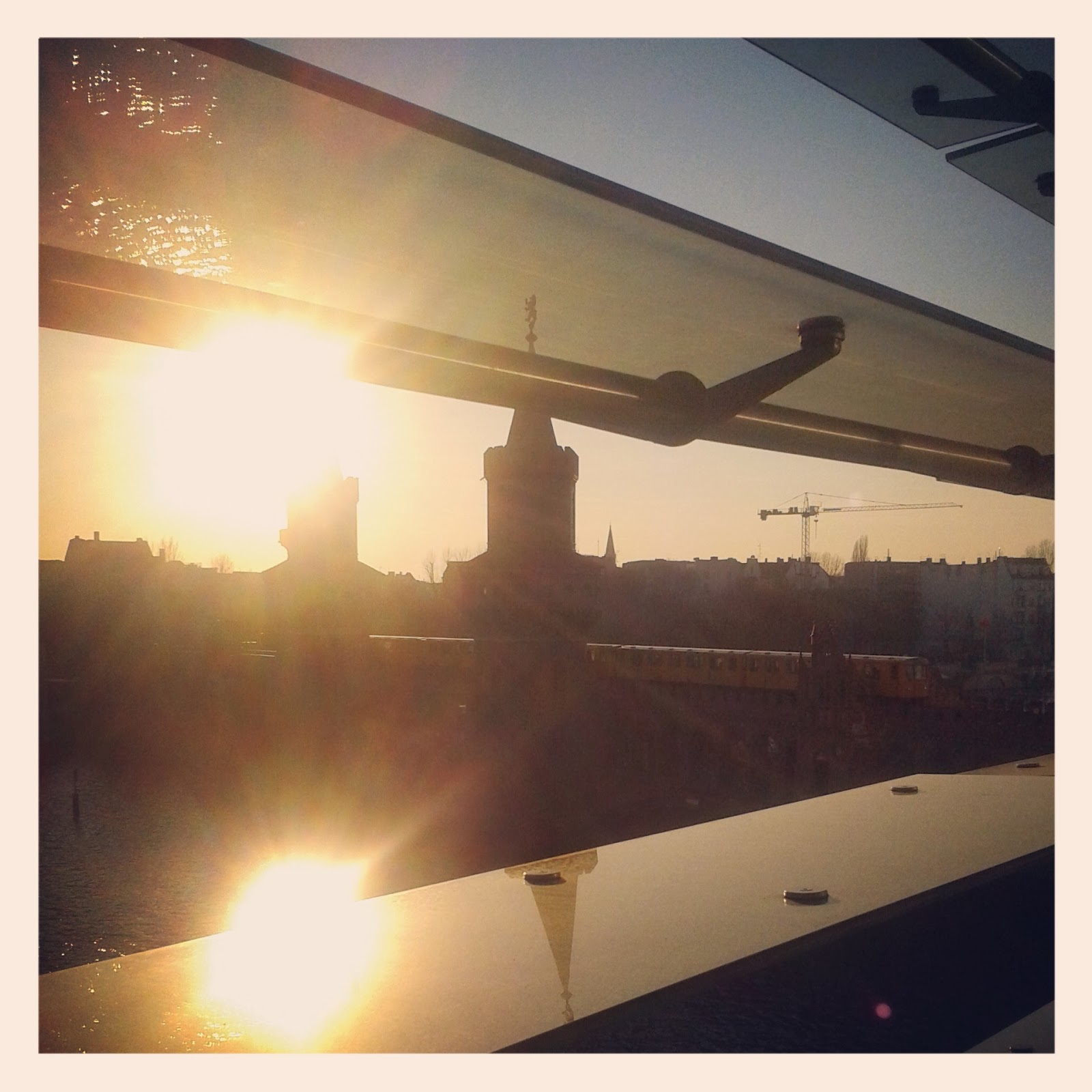 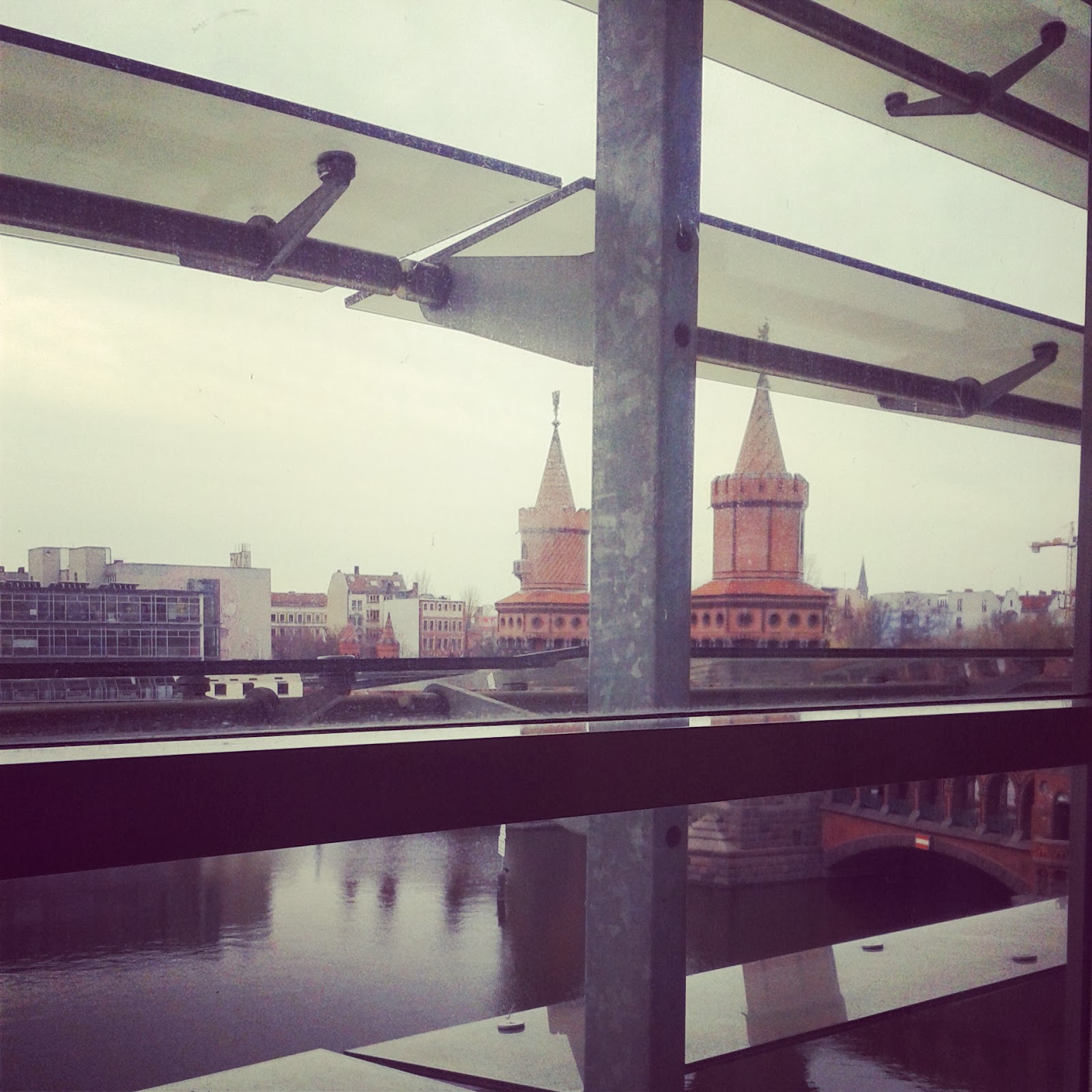 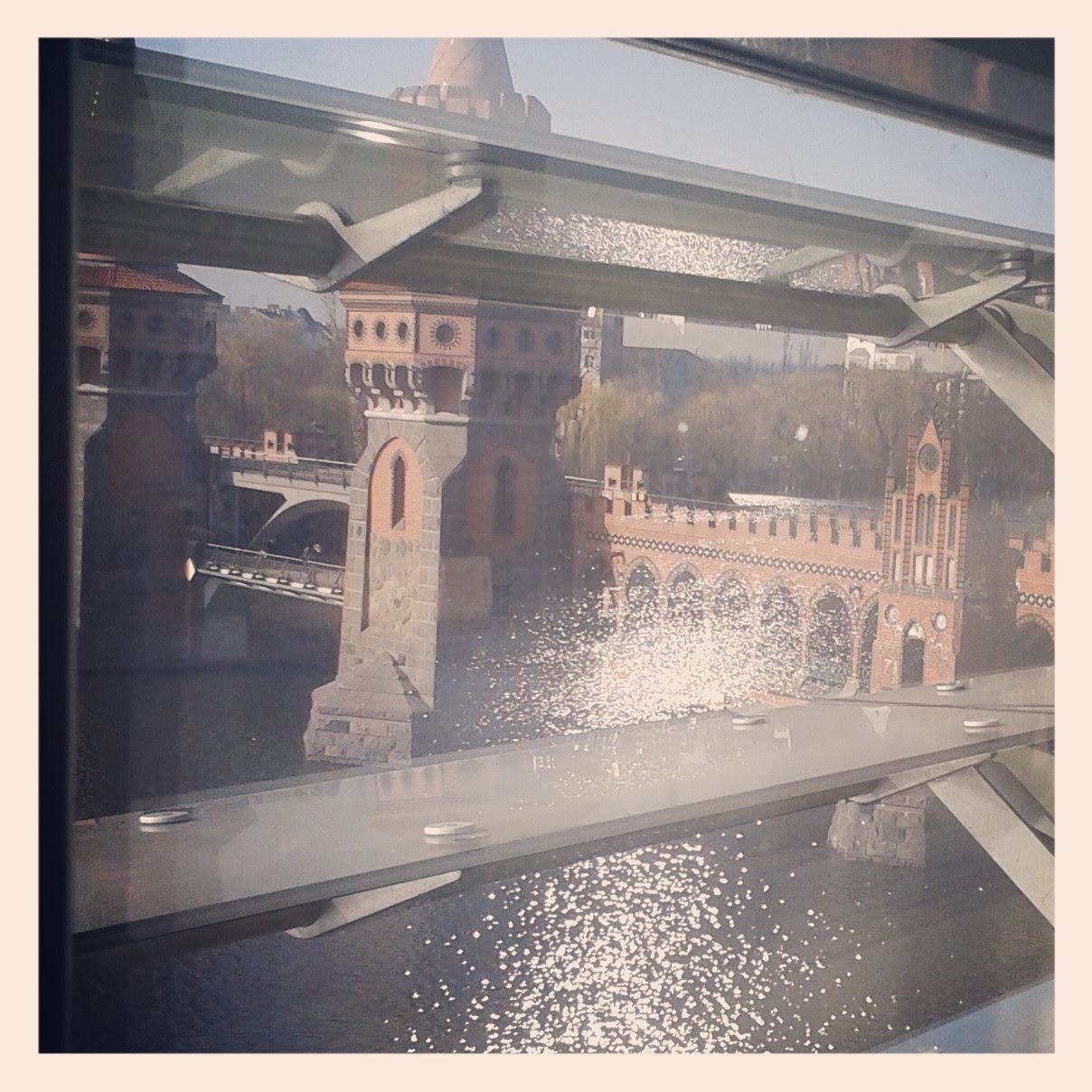 ~ good thing my dream didn't come true and I did get a place after the move. It's a pretty awesome place as well, right by the river Spree and with a breathtaking view of the Oberbaumbrücke conncting Friedrichshain to Kreuzberg.

That's it for last month, many great pics to come this year, looking forward to reviewing them all at the end of the year!
at 10:47 PM I got an awesome Star Wars tank top for cheaps a while back, but since it was way too small I've never really worn it and even though I'm losing a few pounds at the moment I'm sure I'll never be a petite/small size. So I grabbed another shirt that was a bit stained aleady and made a comfy shirt out of both of those. 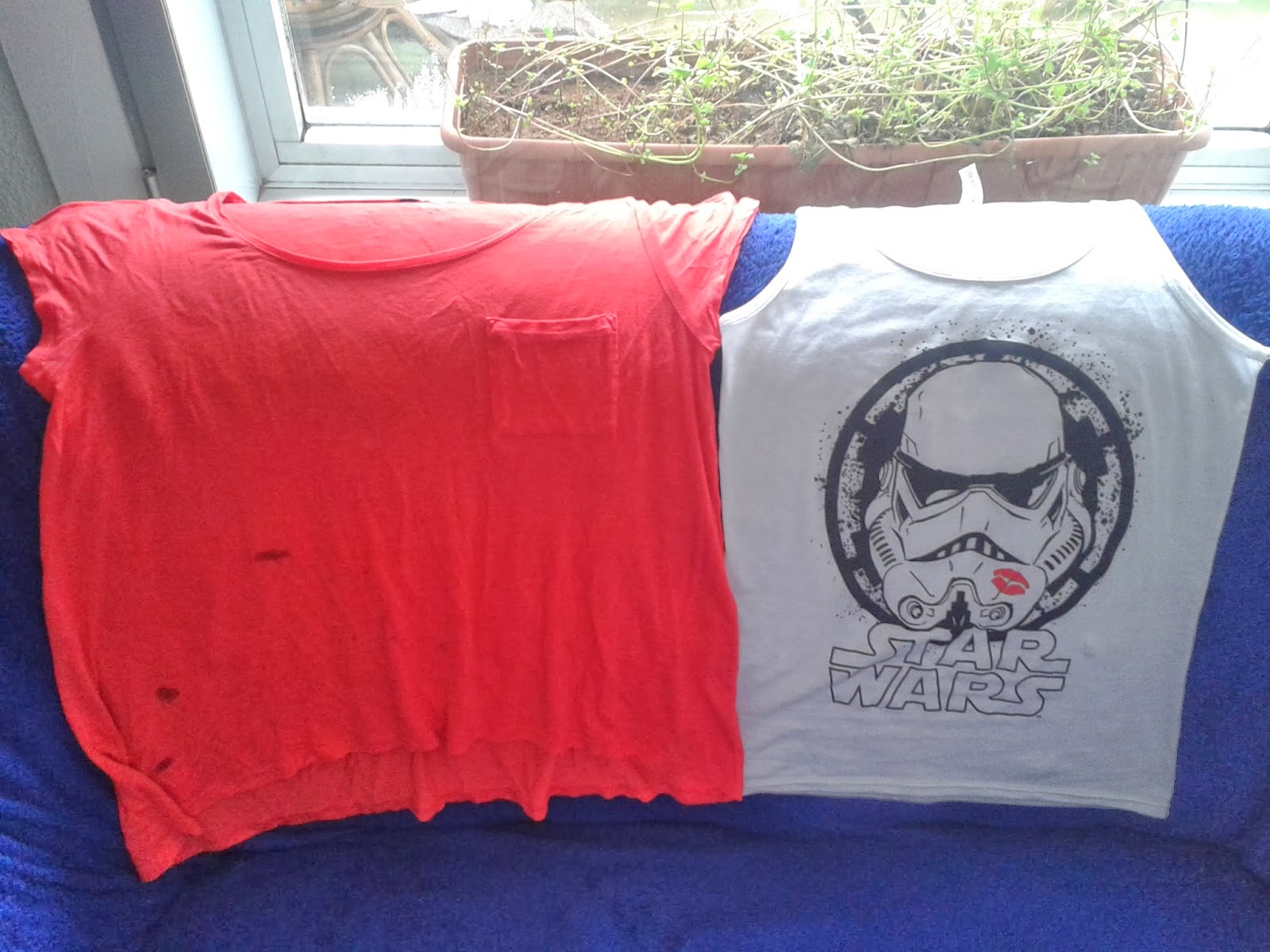 I started out with these two shirts. The red one was from a flea market and got permanently stained by some squished cherries in summertime. The Star Wars Shirt is from a Sale at my company, we have a merchandising subsidiary and they do a huge sale every half a year or so and I got so much Star Wars and Batman stuff for so little money, it's insane. I really loved the print, so I had to get it even though the size is not even close to what I usually wear. 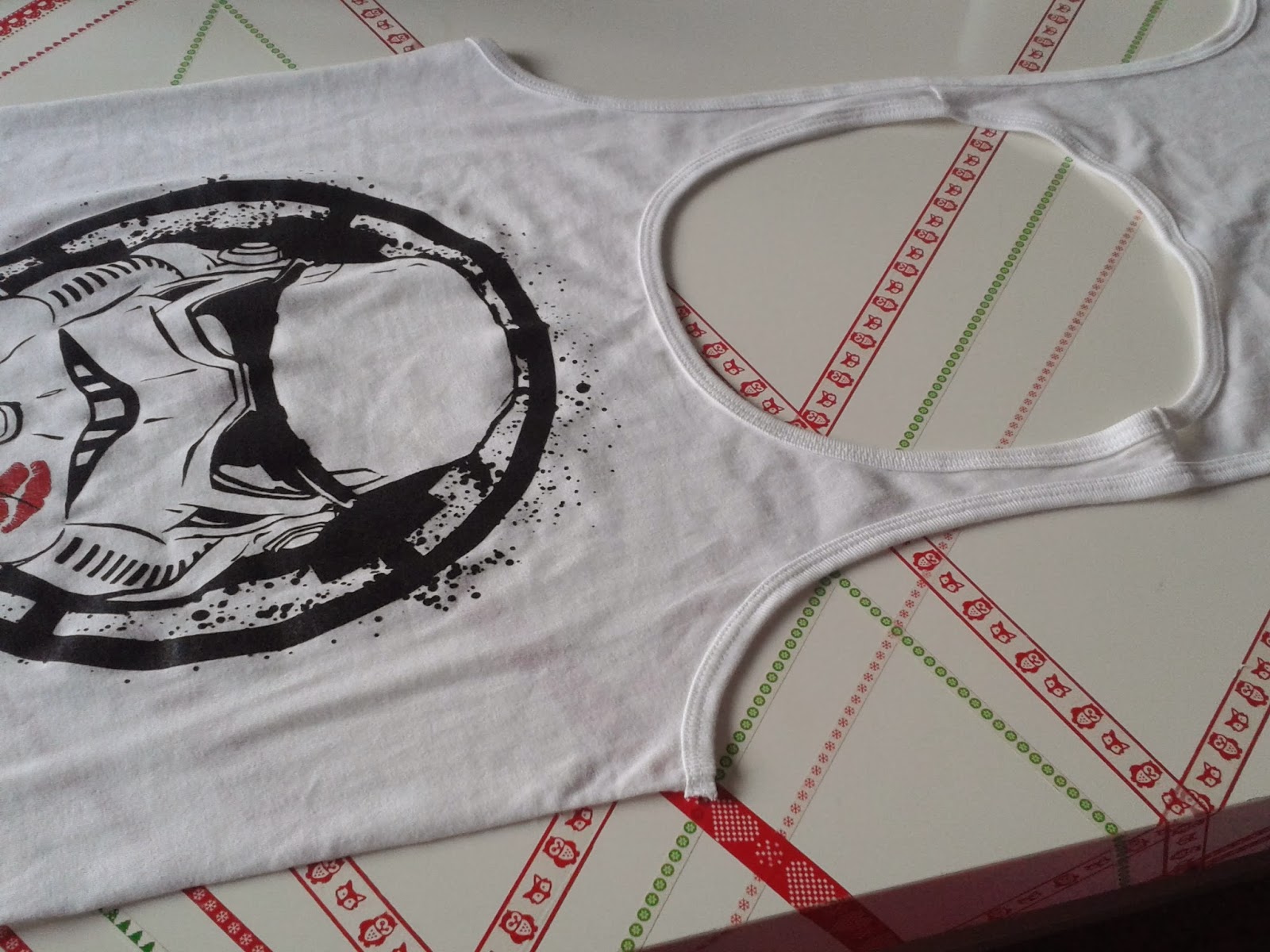 First I cut apart the main shirt. I used a tool to remove the thread between the fabric so I wouldn't lose much of the fabric and shape of the shirt. 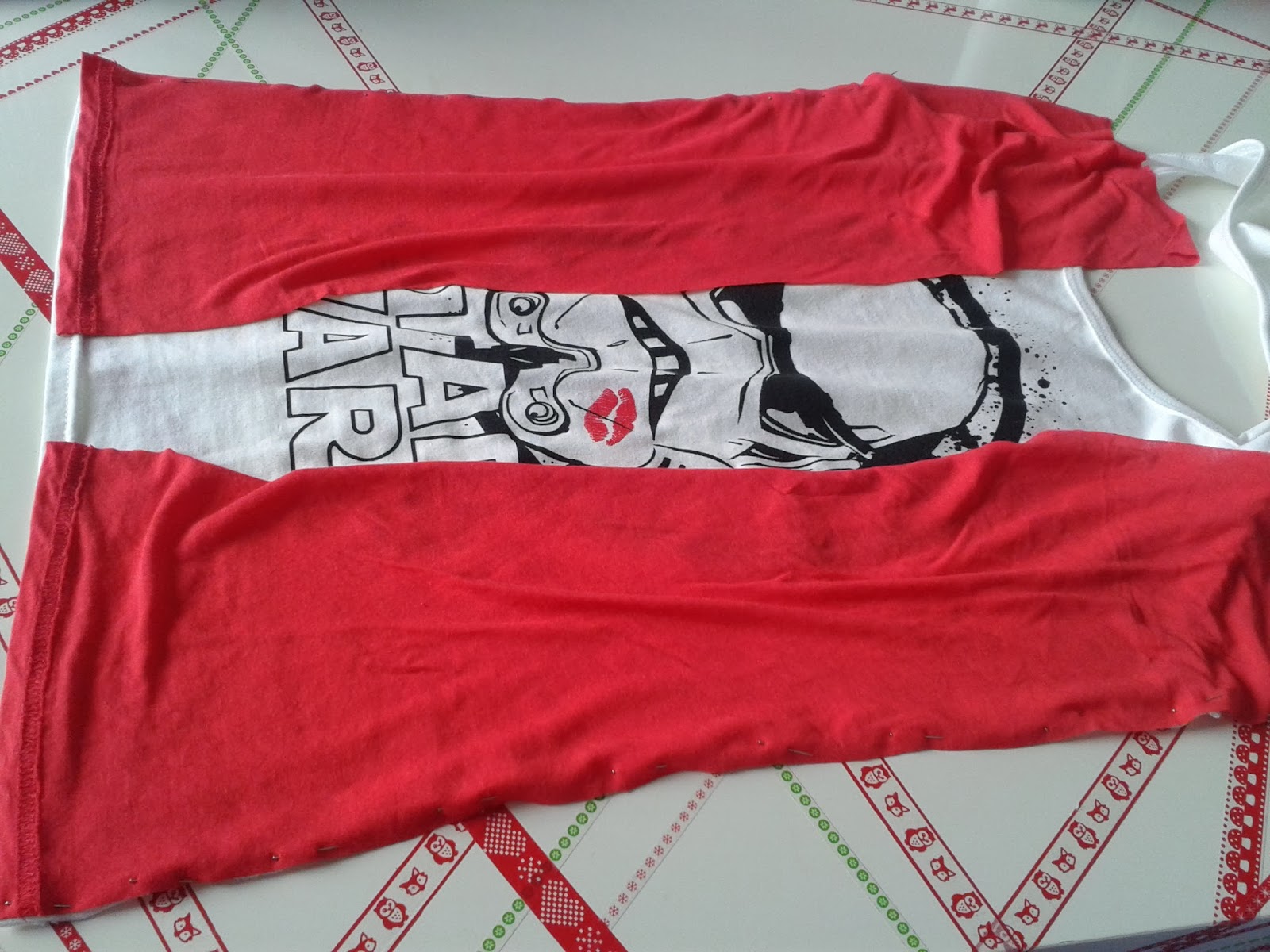 Then I cut out two pieces of the same size from the red shirt to sew in between the cut out side of the main shirt. 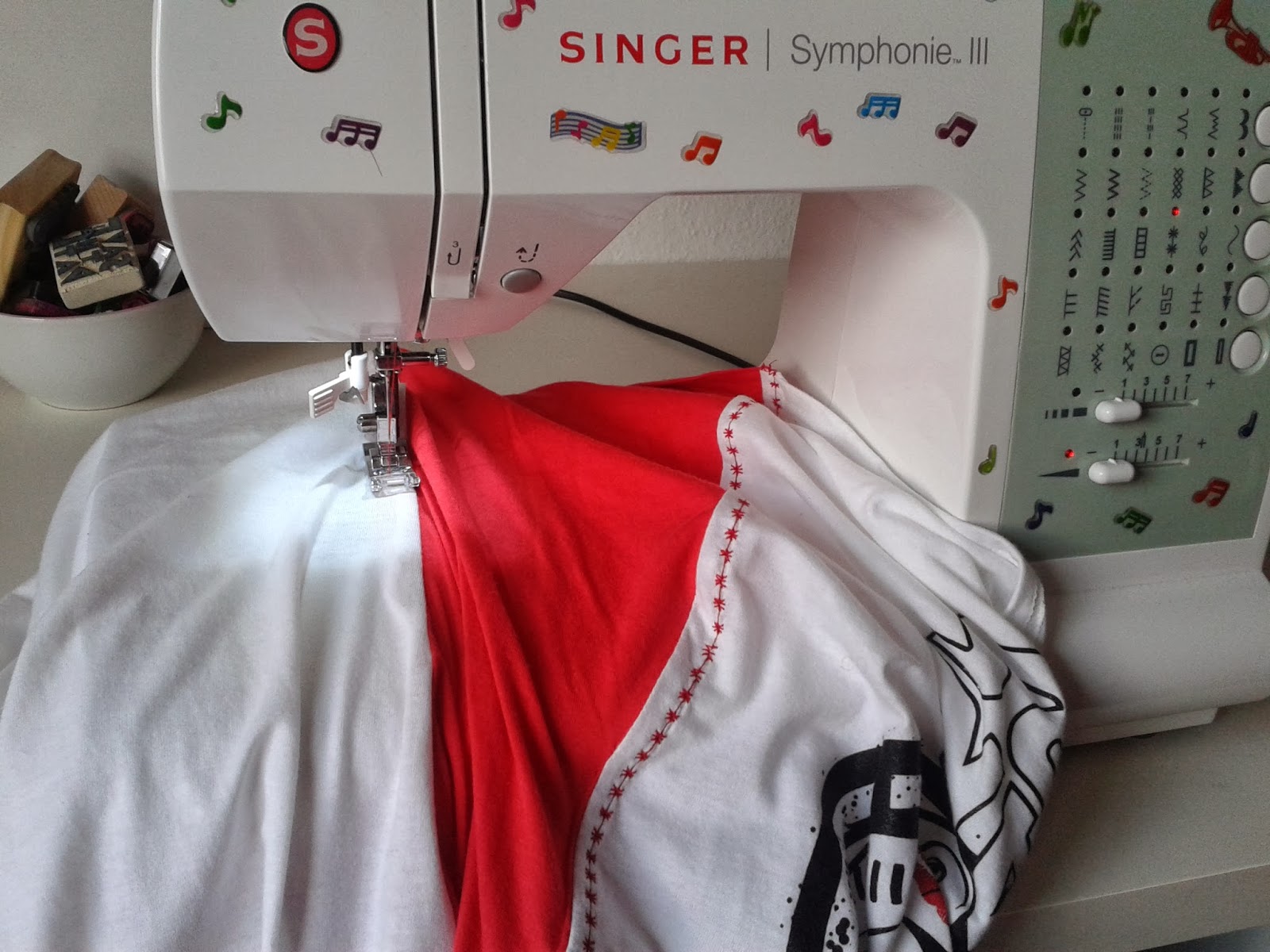 I sewed it twice and sealed the excess with a decorative stitch from the outside to add an extra pop. 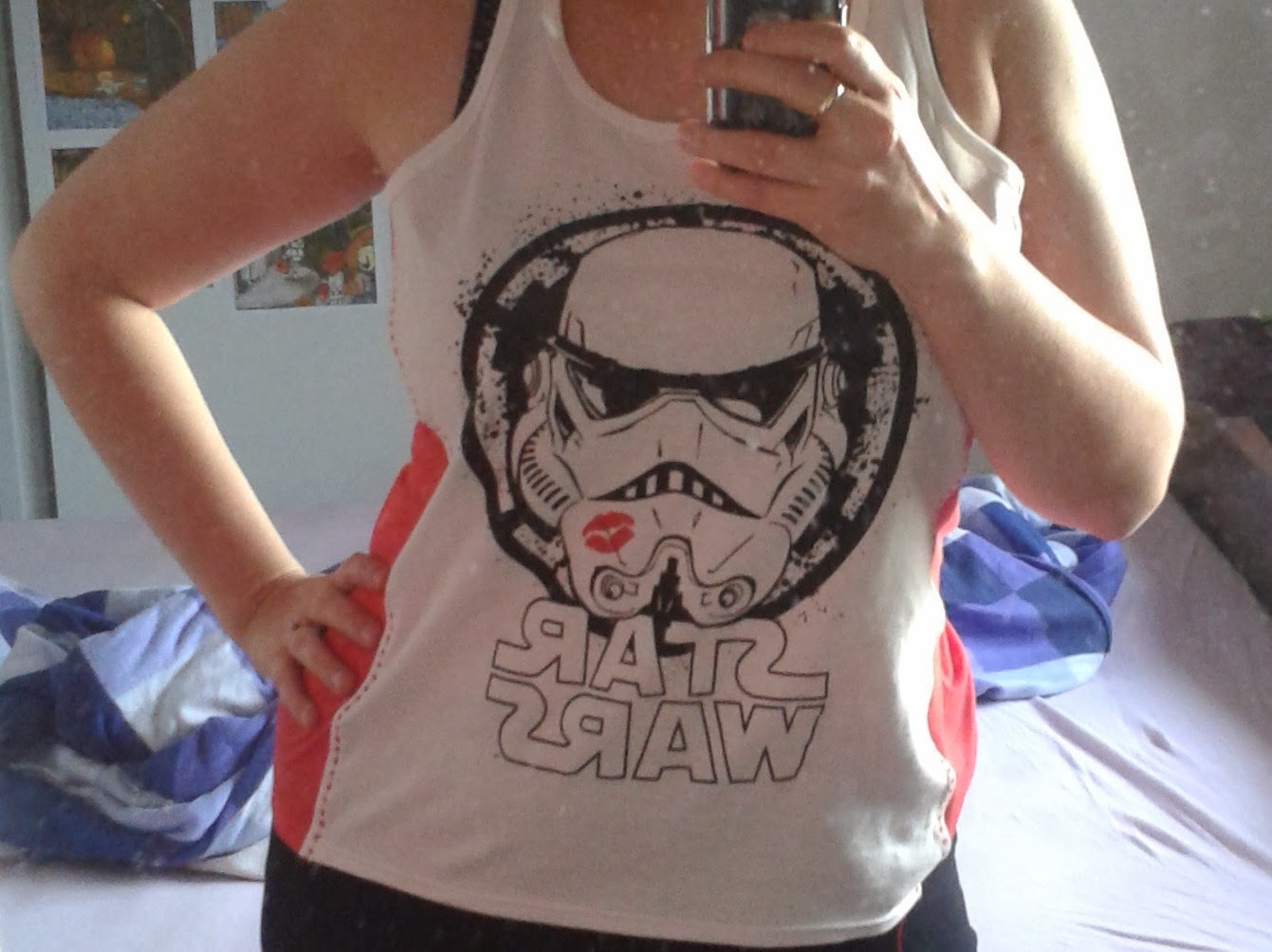 It's so much more comfy now and flowing instead of strangling. Also it's just an awesome shirt which got a little more special by adding the matching red fabric on the sides. An ideal way to fix up the shirt that got too small when you're not ready to let it go.

This post will be part of Nina's Upcycling Tuesday and the Creadienstag.

PS: Check out all these funky geeky crafts at the Nerd'n'Geek Linkparty <3
at 10:24 PM