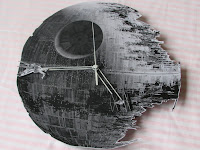 Our bed room clock needed a makeover. Badly. I just never had the right idea/inspiration for it. Then it came to me: The deathstar clock!
And it was actually not that hard to do (probably because I had the man do all the hard work. 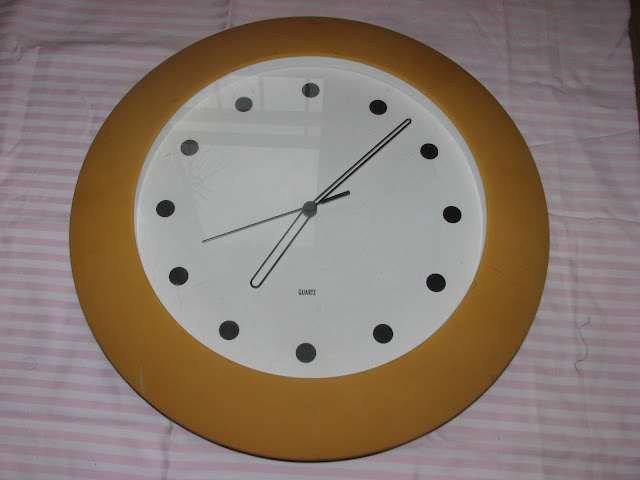 It's a very ugly shade of yellow/orange and till now I had stickers of various kinds of orchids on it, but that didn't do it for me anymore. Something needed to be done, so we took it apart like so. 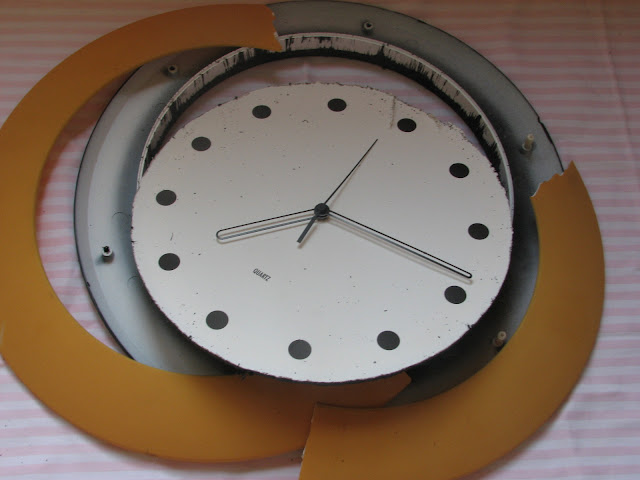 The man did a very good job on the sawing, phew. Took it all apart. 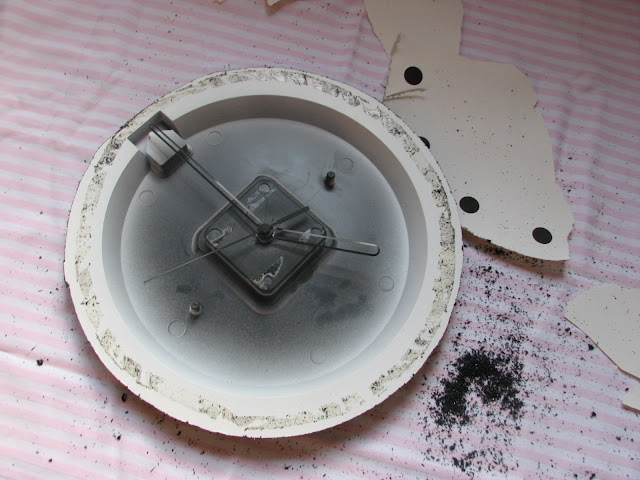 Then I had to break off parts of the leftover clock. That's because we chose the image of the second and partly destroyed deathstar, much cooler! 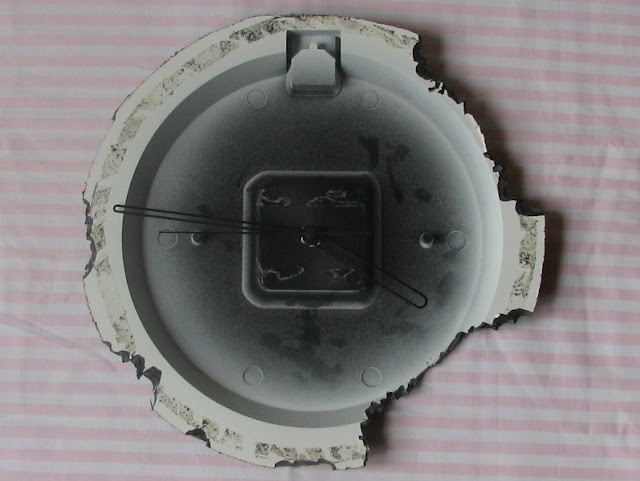 Spraypainted the hands of the clock white, so you can see them better on the image. 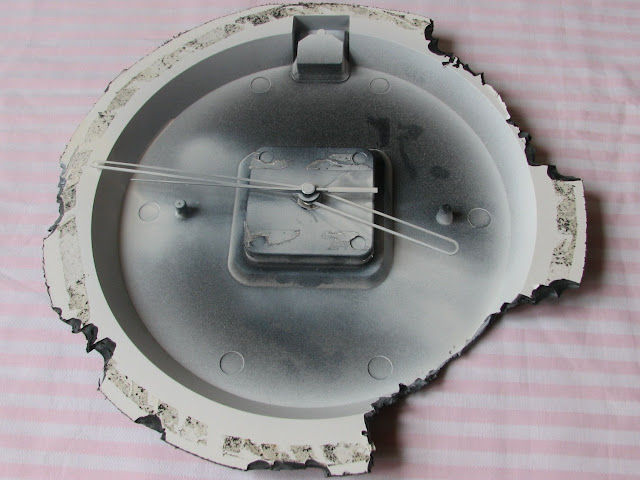 Then I cut out the image of the deathstar. I printed two halves, overlapping a bit on A4 format paper. It's normal printing paper, but I guess cardboard would make it a bit more sturdy. 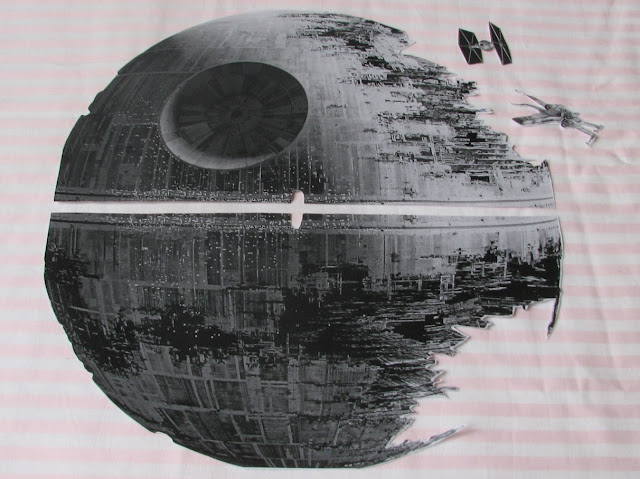 Putting the paper on the clock, glueing the overlapping parts together with normal crafting glue. Then glued he paper to the clock. 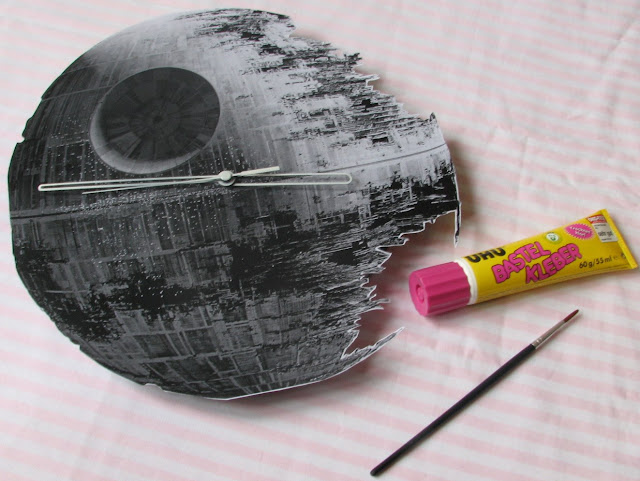 Glued a rebel & an imperial fighter to the minute and hour hands. 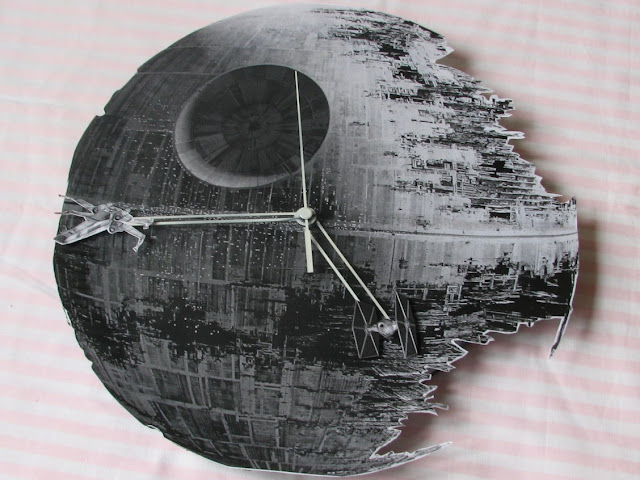 There we go. The death star clock! 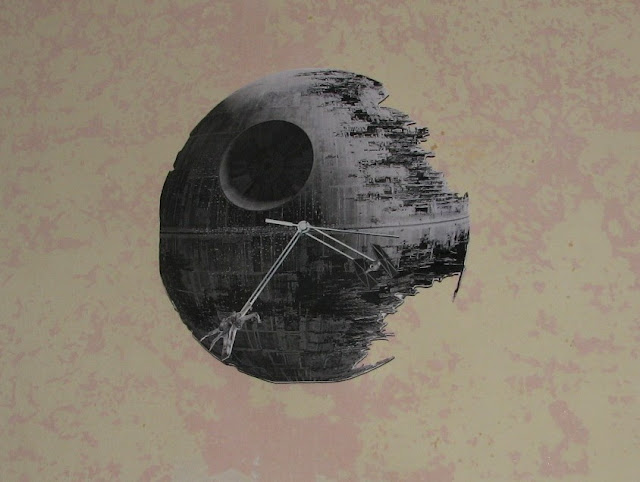 I'm loving it! We have two more clocks in the bedroom as alarmclocks, so this one is just for show and an approximate time, no need for numbers.

May the time be with you!

PS: Check out all these funky geeky crafts at the Nerd'n'Geek Linkparty <3
at 8:34 PM