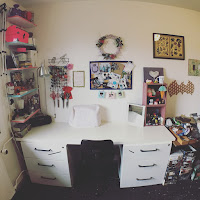 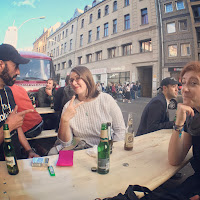 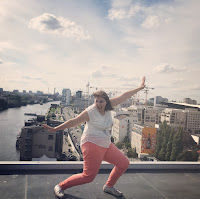 ~ Here you can see the rare state of tidyness of my craft area! I got some new camera lenses and I've been really obsessed with the fisheye as you can tell.
~ Fisheye shot of our annual fashion week visit. You can count us in if there's free booze ;)
~ Work break well spent with a mini photoshoot on top of the Universal building. I don't go up there as often as I should, the view is amazing! 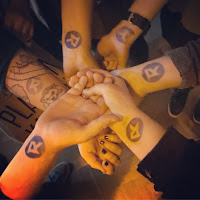 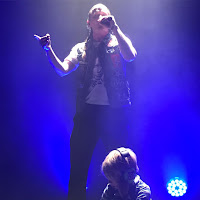 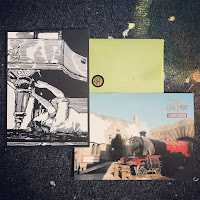 ~ Can't believe I only went to one concert this month, but this one was quite amazing. Romano is a german Rapper, which should make me dislike his music by default, but there's something about this guy... so I have to make an exception. So I went to his new album showcase a bunch of my colleagues and the husband and it rocked!
~ You can actually watch part of the Showcase here on Facebook, definitely 5/5 Bazooka Points for a great evening with an extraordinary artist and friends.
~ Another extraordinary artist sent me a postcard! Amanda Palmer asked all of her Patreon supporters if they wanted a postcard from her and of course everyone did. On the same day I received a postcard from the Wizarding World of Harry Potter in Florida that I won in a charity auction. It was really nice to get mail that wasn't bills or unwanted ads for a change! 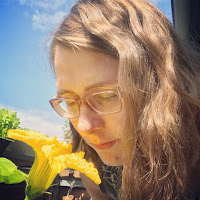 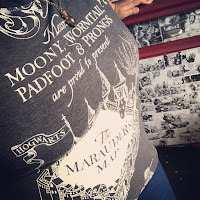 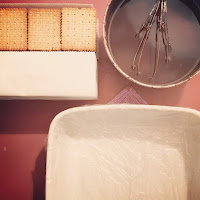 ~ Beautiful Pumpkin flower <3
~ Showing off my Harry Potter Shirt and my handmade Felix Felicis necklace.
~ June is my birthday month and I turned 30 this year. For this occasion I wanted to make a cake that I always got on my birthday when I was a child. It's called Kalter Hund (cold dog) and it is made of shortbread cookies and a mix of coconut fat and cacao which is layered to make a cake. It's delicicious! 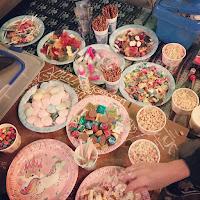 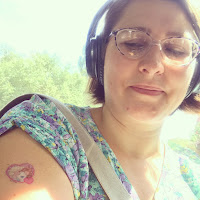 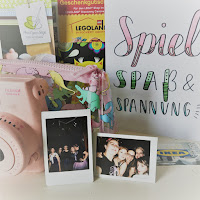 ~ Too bad I forgot to bring the cake to my birthday party... Oh well, I had no shortage of sweets for my 30th kids birthday as you can see here.
~ It was quite a party! Totally forgot to take pictures, because I was so busy catching up with everyone who came and putting on temporary tattoos ;)
~ I did take two polaroids at the end of the party when the last of us girls were rocking out to 90s songs on the dancefloor! Thanks to everyone who made this birthday extra special <3 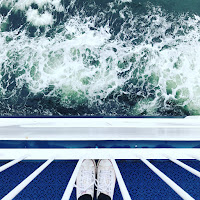 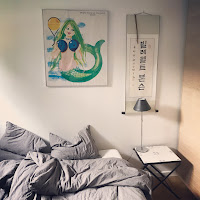 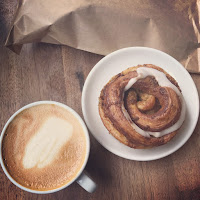 ~ Vacation time! We took the bus and ferry to Denmark's capitol for our small summer holiday.
~ We booked an apartment via AirBnB which was not as luxurious as advertised, but it was still nice to have a place all to ourselves.
~ Coffee and a Cinnamon Snegl at our favorite place in Kopenhagen, the Torvehallerne, a market hall with food and drink from all around the world. We went there twice in the 4 days we were there. 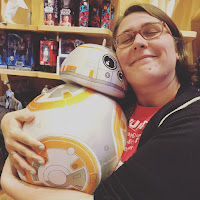 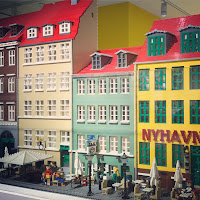 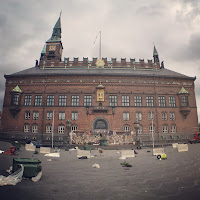 ~ Cuddles with BB-8 at the Disney store.
~ After visiting the original we saw the LEGO version of Nyhavn at the LEGO store.
~ The city hall was fenced off for the filming of a danish Netflix show. It looked like an apocalyptic scenario that was confirmed by this article I found online, very excited to see which scene they filmed while we were there when it aires in 2018. One thing is for sure: the scandinavian apocalypse looks very clean and there were a bunch of bikes. 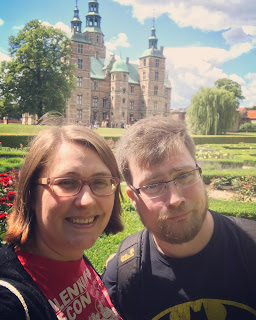 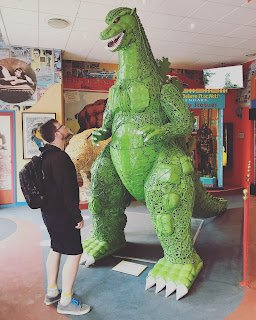 ~ Rosenborg Slot <3
~ We also visited the local Ripley's Believe it or Not which is like a cabinet of curiosities from all around the world and they had this huge Godzilla made of metal scraps in their entrance hall. 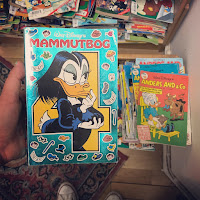 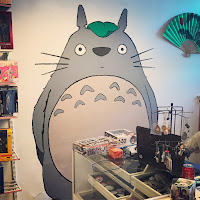 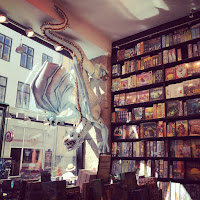 ~ Of course we had visit a few other geeky shops. After spending the first half of our last day thrifting(where I found these danish Micky Mouse & Donald Duck books) we spent the rest of the day visiting merch and comic stores.
~ This awesome Totoro wall mural can be found at the Animerch Store.
~ And we found this gigantic dragon sculpture at one of the 3 Faraos Cigarer shops, which were awesome! Comics, Merch & boardgames from top to bottom. All a nerd could wish for! 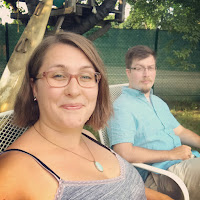 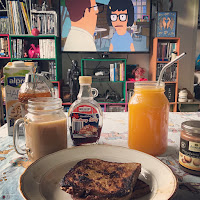 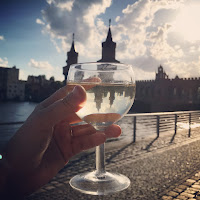 ~ Just one day after getting back home we were at a dear friends wedding. It was a super relaxing summer garden celebration without any big activities, we had a great time! Congrats again Mia & Johnny.
~ Staycation breakfasts are the best breakfasts! Especially when there's cold brew, french toast and Bob's Burgers involved.
~ Summer wine at work when you're not working..perfect! 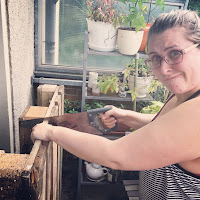 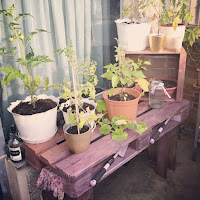 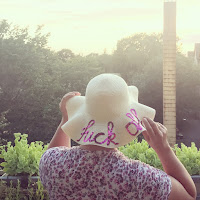 ~ Of course I've been crafting during my vacation as well! My planter pallet was getting too small for my baby plants so I made it into a pallet table. More on that soon.
~ And then to celebrate the almost non-excisting summer this year I fixed up the sun hat I got on Fuerteventura. I stitched a hearty "fuck off" by hand with a sequined ribbon. Too bad I never actually got to wear it because the sun was barely out this summer. Maybe next year :)
at 12:39 AM