So my fiancè and I do celebrate Thanksgiving here in Germany, actually for the third time now and the second time with company.
There's something nice about cooking for friends, not just snacks but a whole dinner. We'll probably continue to do so too, but maybe next year we'll start doing it a little more potluck style, because 6 hours in the kitchen are intense!

So here's what we made: 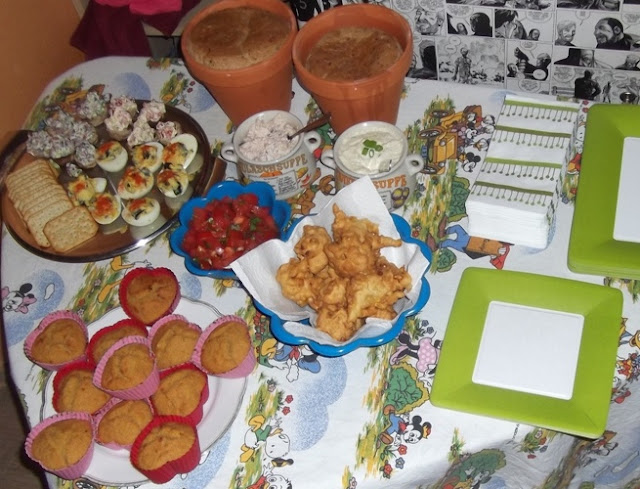 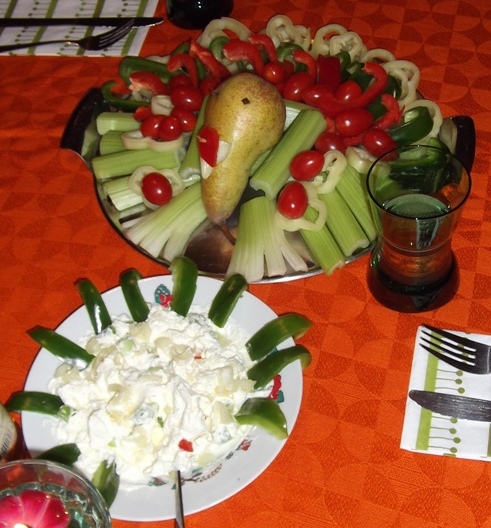 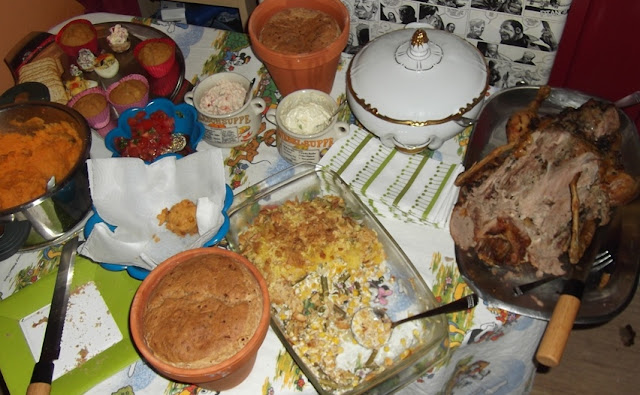 And there were six people eating...

So it has been a little while since we were in London this August, but I wanted to put this up for a while now. After watching a few thrift haul videos by Grav3yardgirl I'm even more excited about it. I just find it interesting how many clothes are out there and in excellent shape to be sold second hand. I love to shop second hand, as you might have noticed and the rush after a haul like this is just the best!

The items below are from a bunch of thrift stores in Camden Town, there was literally one store next to the other, all in all about 7-8 stores in one street! It was thrifting heaven!
Here's a picture actually. 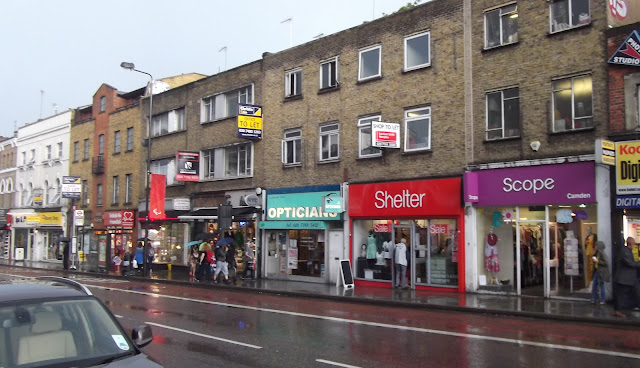 The thrift shops there were actually called charity shops and that makes the whole thing even better! I pretty much got all that stuff for me and gave to a charitable cause at the same time! Isn't that great? Makes me feel so much better about filling up my closet.

This is what I got:
A cute little dress from F&F, the local supermarket's brand, but I don't mind. It's flowery and very cute! 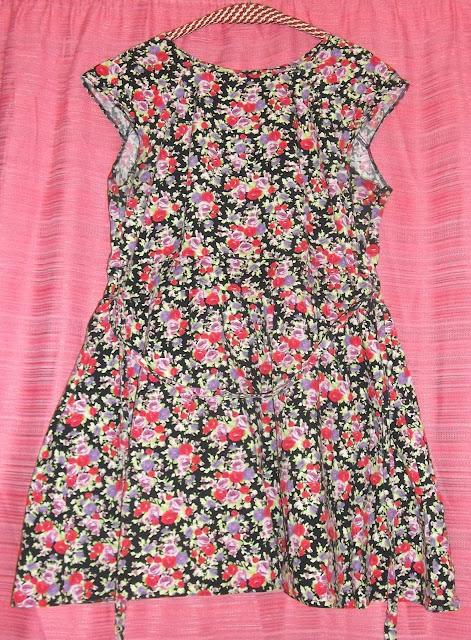 From F&F, a very cool and fancy black dress. Totally sported this one at the Special Feature of Shaun of the Dead and the theatre preformance of Monthy Python's Holy Grail later that week. 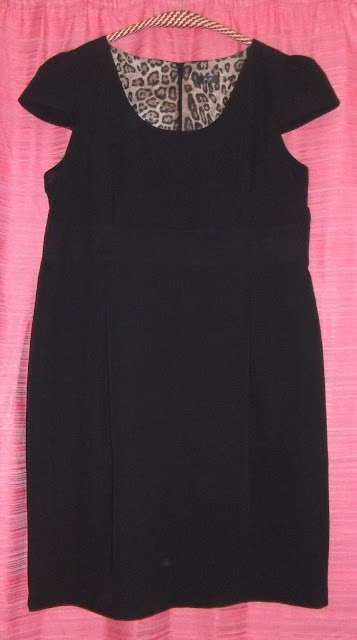 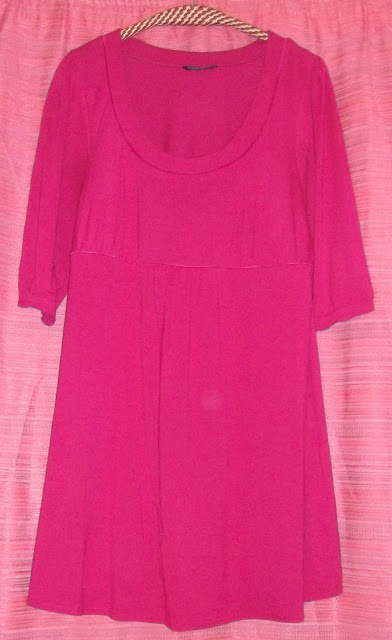 White shirt with a pretty cut and fold in the front. 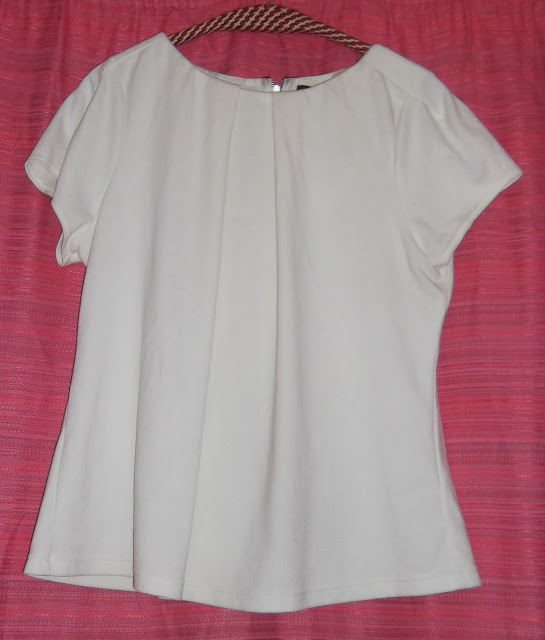 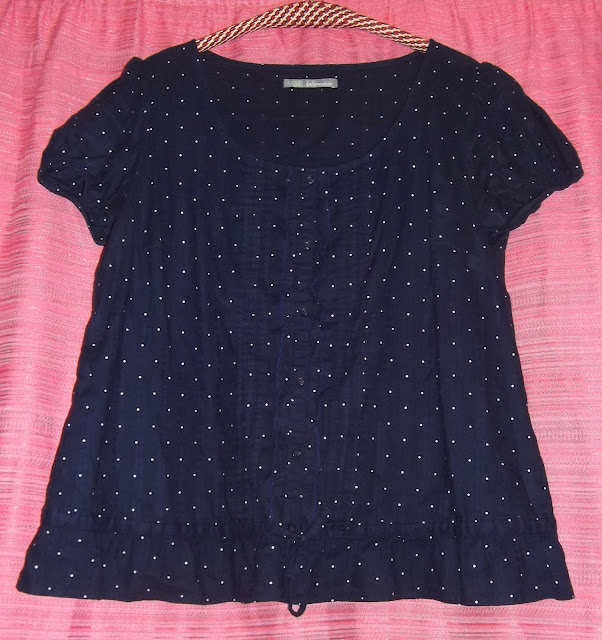 This is a very interesting sweater/shirt thing that I haven't been able to wear yet, but I really like it! It ends close to the hip and would show a lot of cleavage so you probably have to wear it over a dress or something. We'll see... 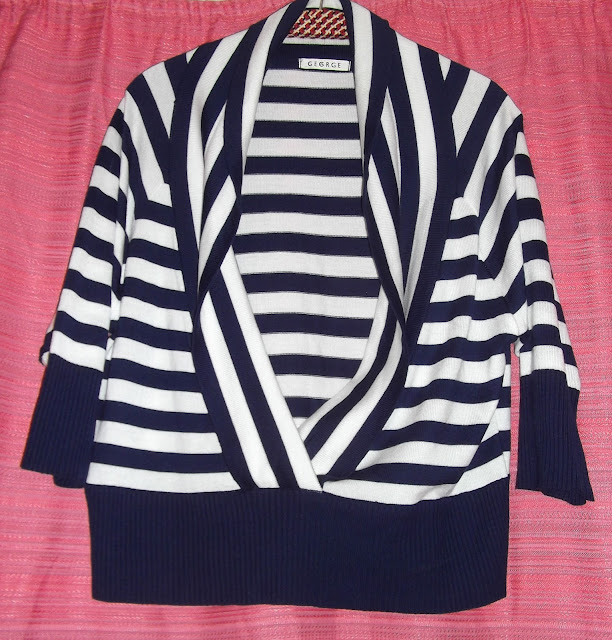 Win of the day was this cool little red riding hood cape from American Apparel, brand new and only 13€ (the most money I spend on one item all day). 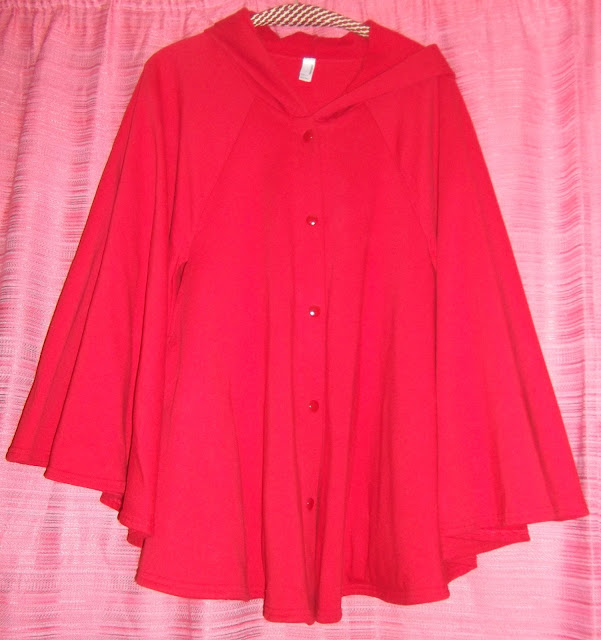 What's more british than a cardigan? Three cardigans! Nr1 is from Laura Ashley, a pretty expensive brand I hear. 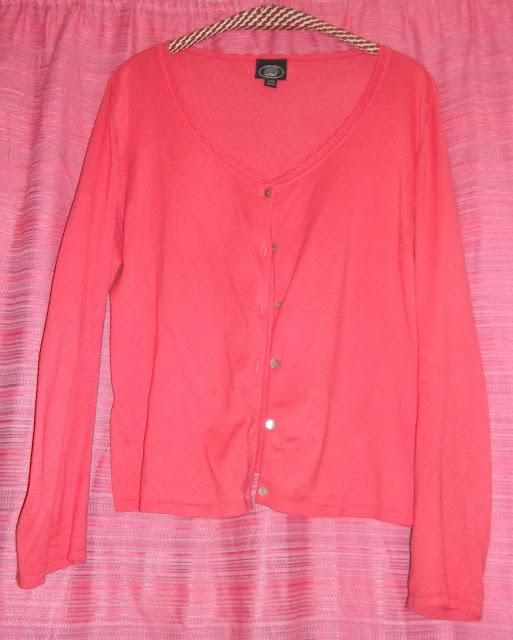 Nr2 is sooo cool, I love the bat sleeves and the stripes! It also covers my buttocks, which is always a good feature in a cardigan. 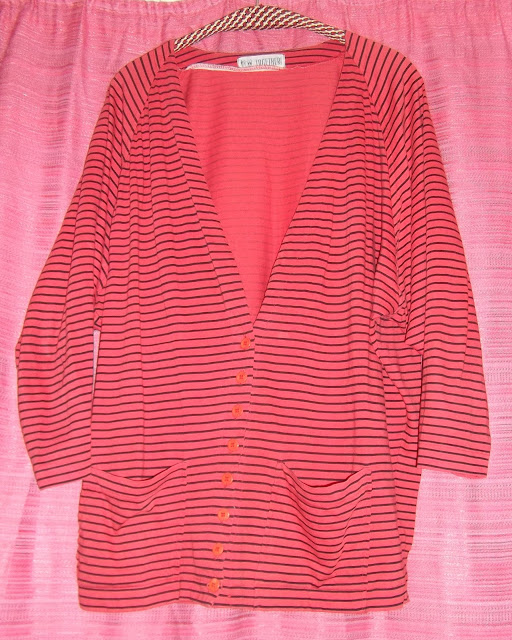 Nr3 is from Marks&Spencer. I really like the colour and the silky buttons. 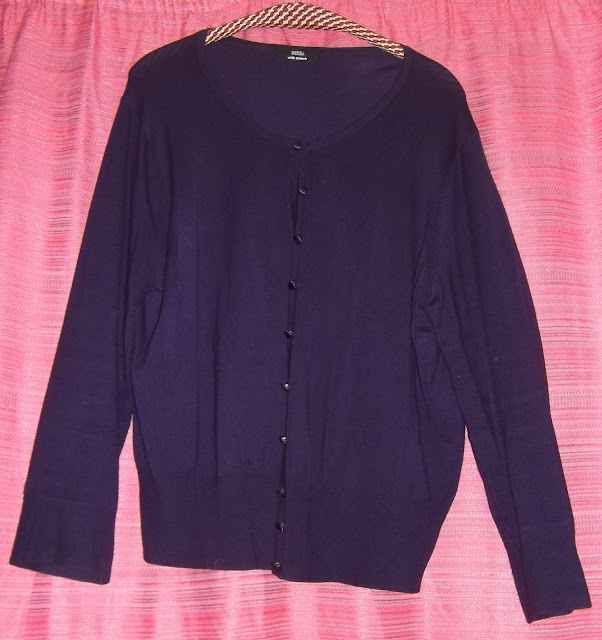 For most of these items I spent about 4-6€, which is alright for such good quality!

So that's it, my first documented thrift haul and probably not the last. I got so much stuff during our stay in America, but I don't know if anyone's really interested. So maybe leave a comment if you're craving more less :)
at 11:20 PM

My Fiancè works at a Kindergarten, so he's got a bit of creative blood running through his veins as well. Bute when he thought of this I was actually pretty impressed.

Halloween is recently being celebrated in Germany, sadly not in the time when I was growing up, but oh well. So he was preparing Halloween decorations with his kids and created these cute bats: 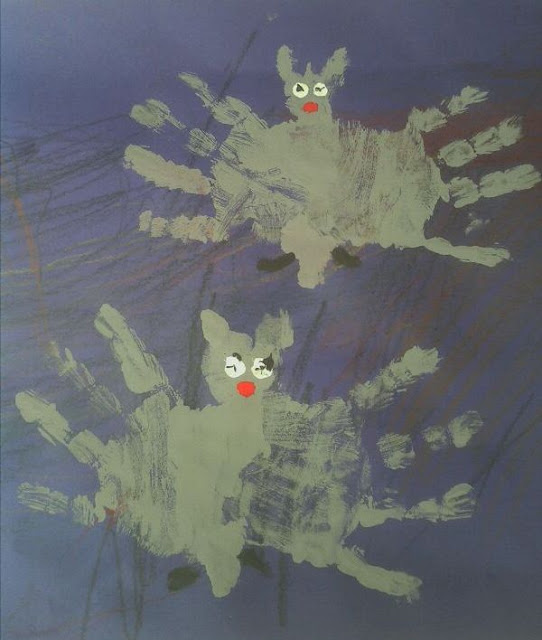 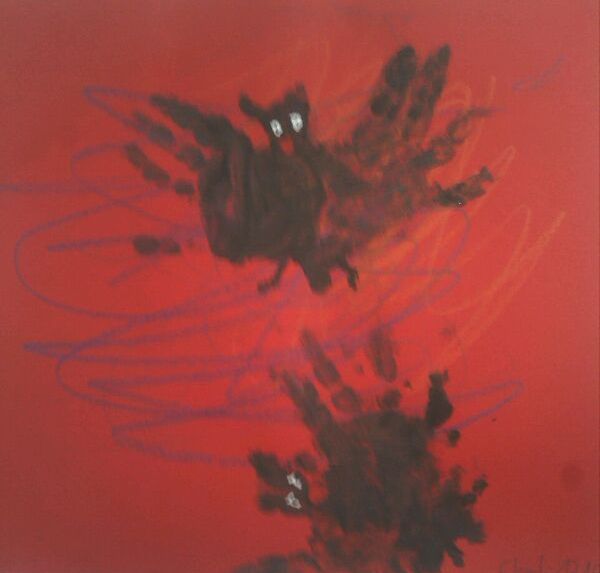 Step two: make the kids put down their hands on the paper and make sure they don't move their hands 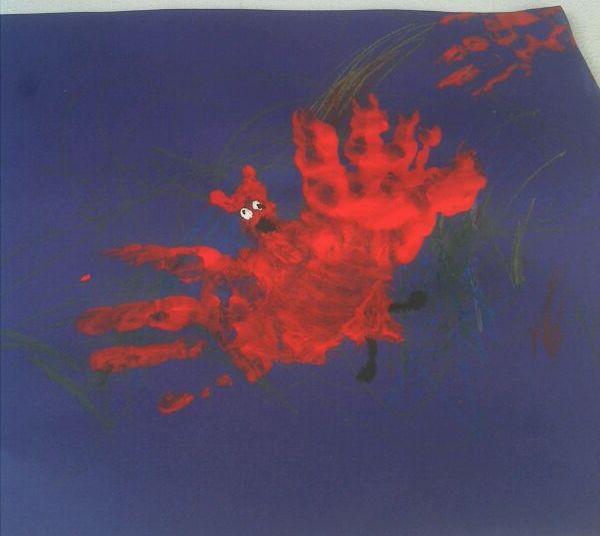 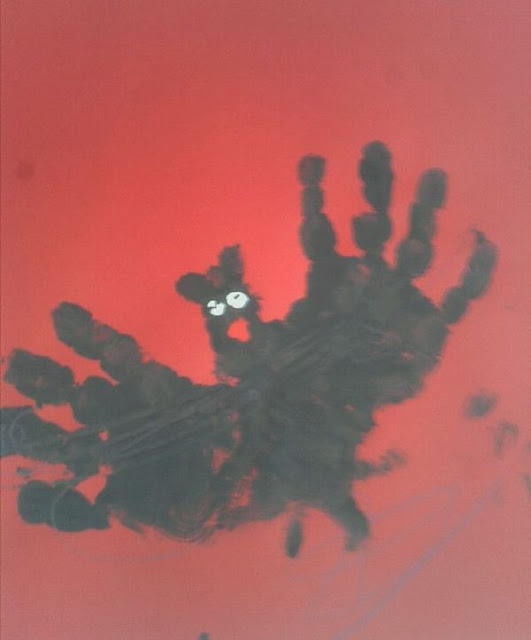 And tadaaa, you got a silly ol' bat flying around like it's supper time.