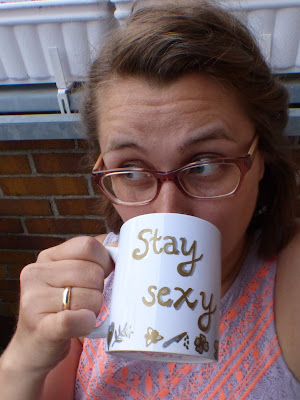 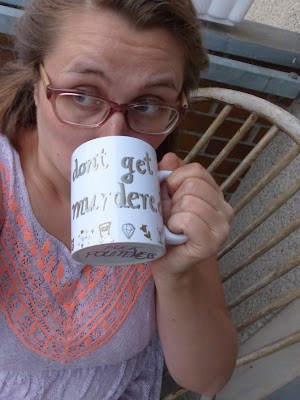 I've been meaning to do something with the cup and paint markers that I received in my Goodie Bag at the DIY Workshop with Viking for a while now and since I'm obsessed with the My favorite Murder podcast for almost exactly a year now I decided to show my love by making a murdery mug.
If you haven't heard of the podcast yet, you should totally check it out! It's two sassy ladies talking about a new murder story each week, but in a hilarious way. They already have a huge following, for example here on Facebook and their fans are called Murderinos. Out of context this all sounds pretty weird I guess, at least that's what I thought when my husband said he was listening to some ladies talking about murder. But then he made me listen to an episode on a long busride to visit some friends and I was hooked! So check it out <3

So here's how I made my mug: 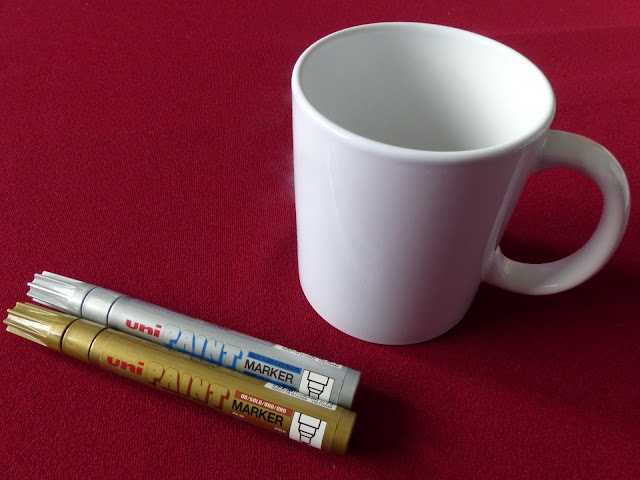 You'll just need a basic unicoloured cup, it could even be black, and some permanent markers that will stick to porcelain. Also a pencil to sketch your design. 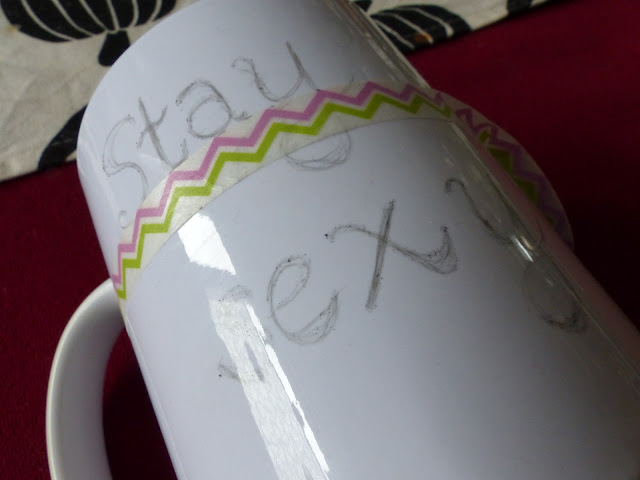 I used some Washi tape to make sure my letters were even and wrote out the Podcasts signature sign off phrase: Stay sexy & don't get murdered. Then I traced my sketch with the permanent markers until I was satisfied with the result. It's pretty simple!

But I thought the mug was still missing something so I added a bunch of kitschy and murdery designs all around the bottom of the cup and this is how it came out: 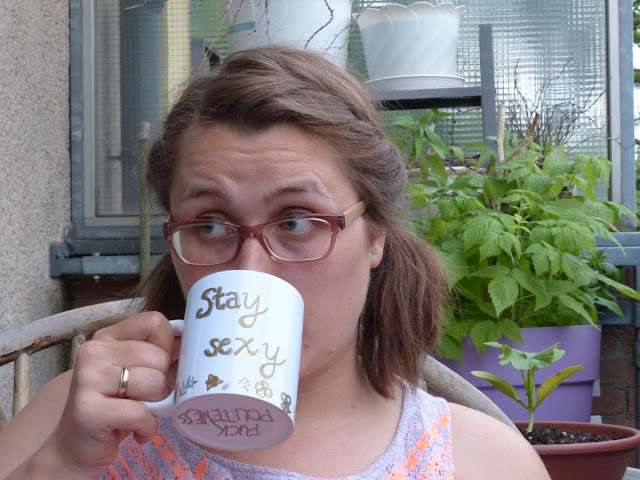 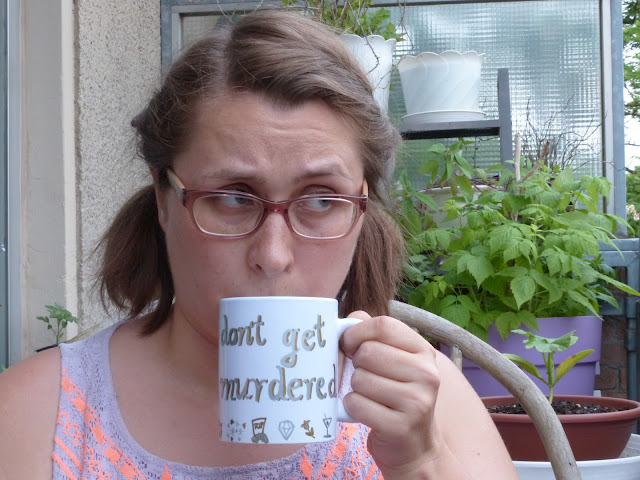 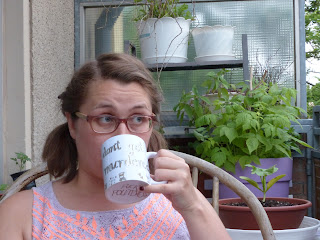 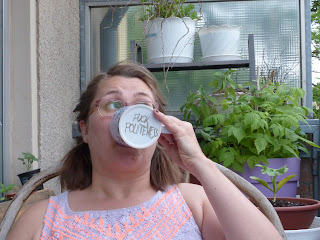 I even added another one of their phrases, Fuck Politeness, on the bottom of the cup.

And what does a cup need? Coasters! Along with their sign off phrase Georgia, one of the podcast's hosts asks her siamese cat Elvis if he wants a cookie and so I made Elvis' face and a cookie pixelart coaster out of perler beads. Totally forgot to make Elvis crosseyed though... 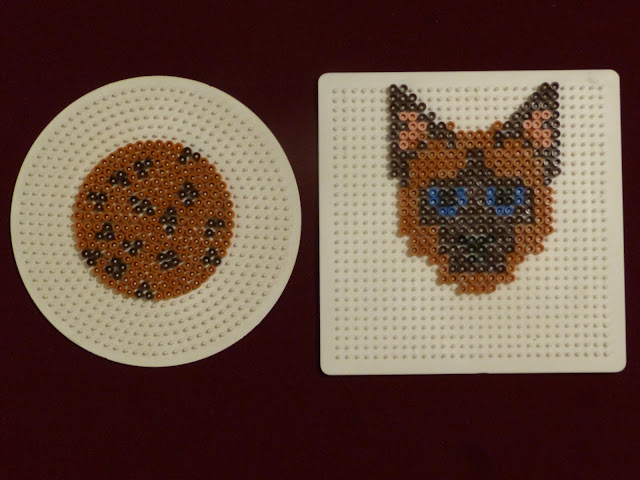 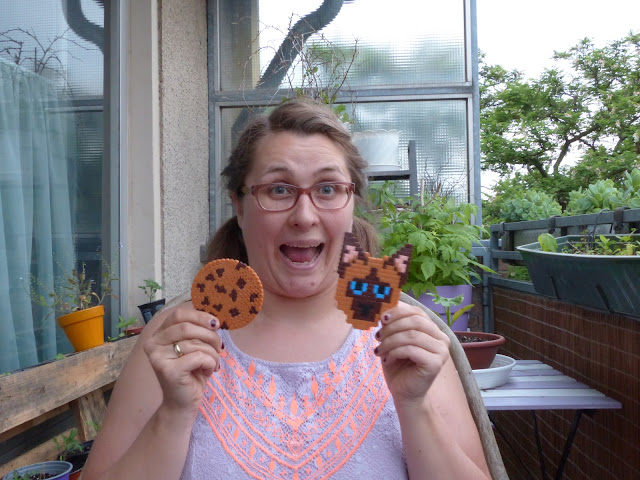